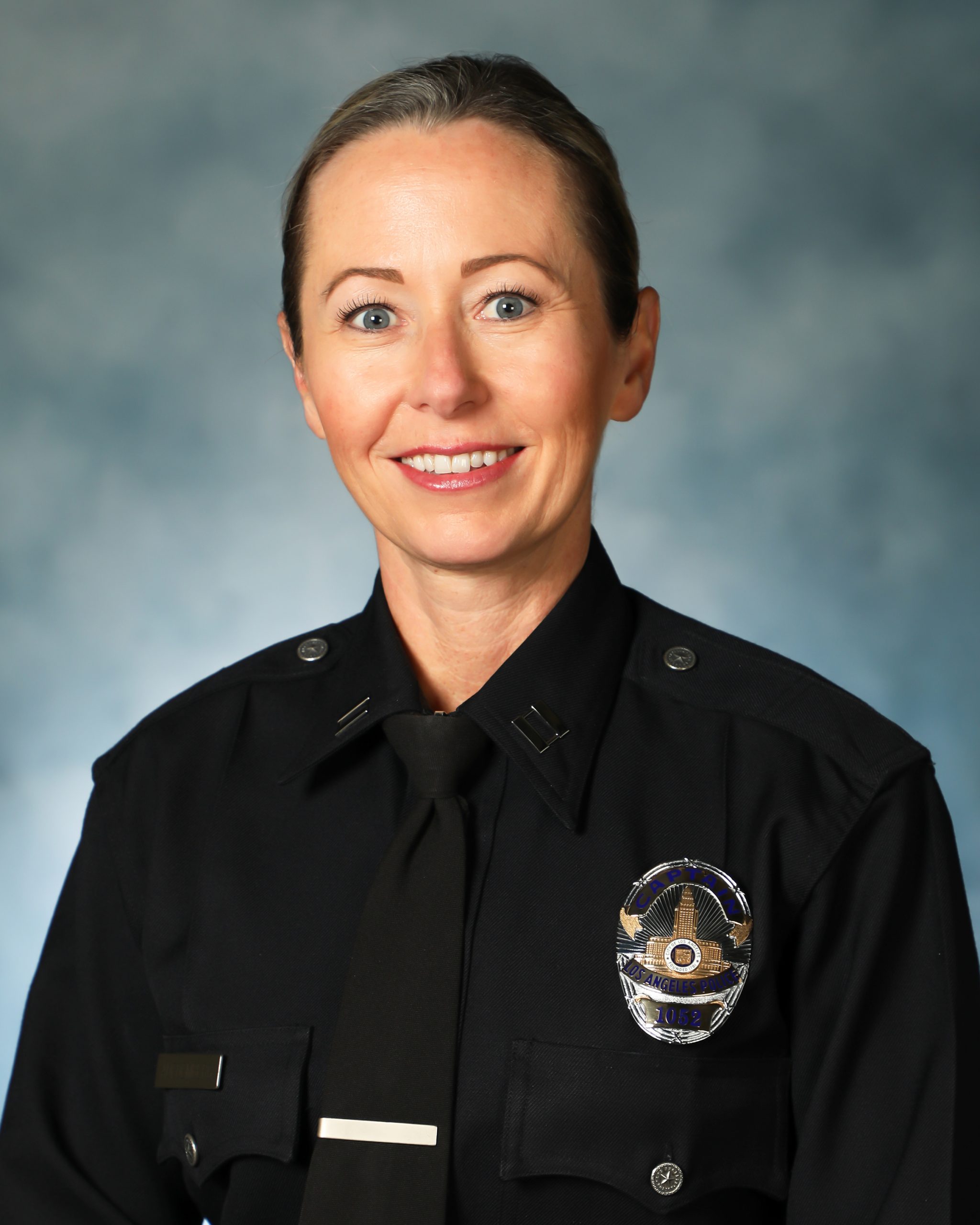 Captain Nicole Aufdemberg grew up with her two younger brothers in the City of Los Angeles where she attended Notre Dame Academy Highschool in the West Los Angeles Area.  She continued her education at Santa Monica College, Loyola Marymount University, and then later, earned her Bachelor of Science degree in Criminal Justice while also serving the Los Angeles community.

In 2008, Nicole was promoted to the rank of Sergeant at Southeast Division where she worked a variety of assignments from patrol to crime analysis, as well as the Area Adjutant position.

In 2014 she was asked to work at the Office of Operations and then in 2015 she was offered a position in the Chief of Staff Office as the Department’s Commission Liaison.

In 2022 Nicole Aufdemberg was promoted to Captain and assigned to Harbor Division where she currently enjoys re-engaging with the personnel and the community.

Nicole has been married to an LAPD Motor Sergeant for over 19 years and is the proud stepmother to three sons, one of which just completed his tour with the Air Force.