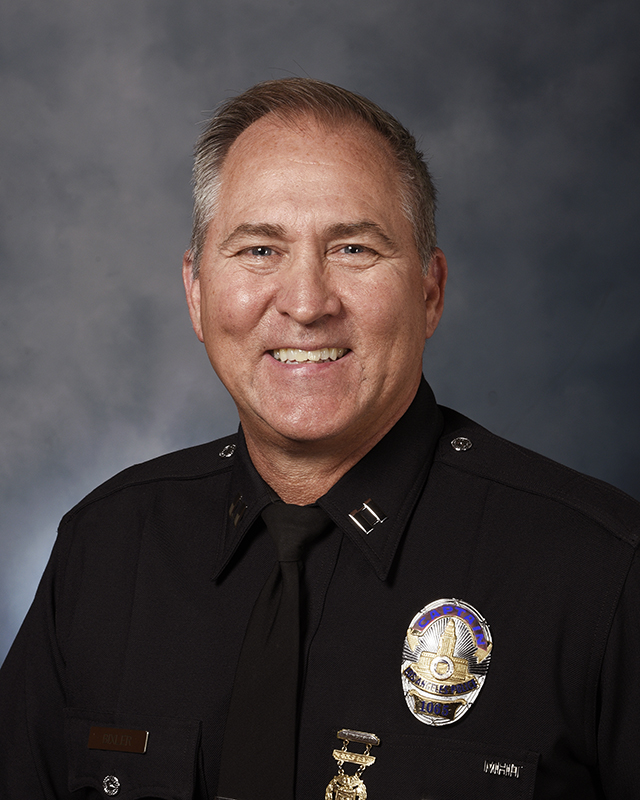 Captain Brian Bixler was born in Newport Beach, California, and raised in Santa Barbara. In 1992, he received his Bachelor’s degree in Religious Studies from Westmont College in Santa Barbara. While at Westmont he earned All-American honors in the pole-vault. He was a youth pastor and worked in retail management before he joined the Los Angeles Police Department in 1996.

Captain Bixler worked as a patrol officer in Hollywood, North Hollywood, and 77th. He worked the Prostitution Enforcement Detail in Hollywood Area until his promotion to Training Officer in the Firearms Training Unit (FTU). While assigned to FTU, he became one of the primary instructors for the Rifle Instructor Training School and the Shotgun Instructor Training School. He then transferred to Air Support Division where he earned his wings as a Tactical Flight Officer.

In 2005, Captain Bixler was promoted to Sergeant and was assigned to Van Nuys Patrol. He was a founding supervisor of the groundbreaking Operations-Valley Bureau (OVB), Violent Crime Task Force. As a Sergeant II, he served as the Training Coordinator for OVB, Special Operations Division, and as the Officer in Charge (OIC) of Southwest Area CLEAR.

He was promoted to Lieutenant in 2012 and assigned to Foothill Area as the Patrol Watch Commander and OIC of their Gang Intervention Team. Captain Bixler was then selected as the OIC of the Crisis Response Support Section where he became a subject matter expert in the field of mental health. He has made numerous presentations on issues related to policing persons suffering from mental illness at various conferences nationwide: Forensic Mental Health Association of California Annual Conference, the Crisis Intervention Team International Conference, just to name a few as well as numerous local meetings.

He is a Commissioner of the Los Angeles County Emergency Medical Services Commission.

In 2020, he was promoted to the rank of Captain of Hollywood Patrol Division and is currently the Commanding Officer of Detective Support and Vice Division.