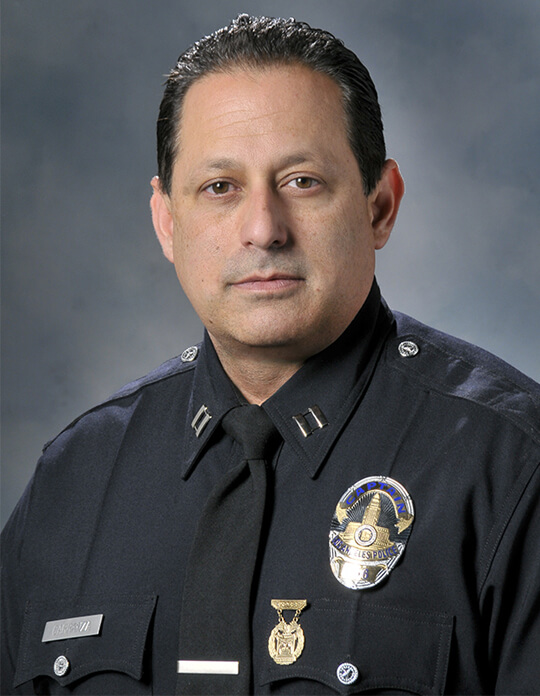 Captain Armand Carranza was born and raised in the San Gabriel Valley region of Southern California. After graduating from high school, Captain Carranza enlisted in the United States Army. Carranza’s duty assignments included both U.S. and overseas assignments including the Pacific, European, and Central American theatres. Upon completing his tour of duty, Carranza returned home to California.