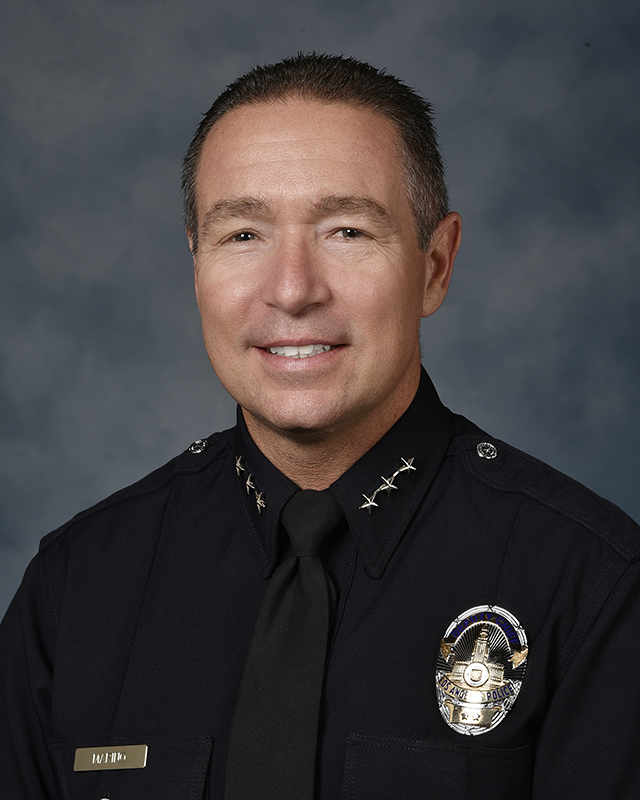 Assistant Chief Robert E. Marino has been serving the citizens of Los Angeles for over three decades. Appointed to the Los Angeles Police Department in December of 1989, he has successfully risen through the ranks while assigned to a variety of assignments, which include patrol, foot beats, special problems unit, vice, and field training officer. Over the years, he has worked a variety of patrol divisions such as Pacific, West Los Angeles, and Harbor Division where he remained as a field training officer until he was awarded his next promotion in 1999. Shortly after ascending to the rank of Sergeant, he was assigned to Pacific Area where he worked as a patrol supervisor and supervised the special problems unit. During his supervisory years, he also completed tours of duty as the Officer in Charge of the Wilshire Area Vice Unit, and as the Assistant Watch Commander at both Transit Bus Division and Van Nuys Division.

In January of 2007, Assistant Chief Marino was promoted to the rank of Lieutenant and was assigned to Foothill Area where he was assigned as a Watch Commander and a District Lieutenant responsible for repressing crime and serving the communities of Pacoima and Sunland/Tujunga. In late 2007, he was then assigned as the Officer in Charge of the Operations-Valley Bureau, Violent Crime Task Force, where he was responsible for violent crime suppressing strategies throughout the San Fernando Valley. In early 2008, he promoted to the rank of Lieutenant II as the Vice Coordinator for Operations-Valley Bureau and was later assigned as the Adjutant to the Director of Office of Special Operations and as a Section Officer in Charge, Robbery Homicide Division.

In February 2020, he was promoted to Deputy Chief and assigned to Professional Standards Bureau where he oversees the following commands: Internal Affairs Group, Force Investigation Division and Special Operations Division.

In July 2021, he was promoted to the rank of Assistant Chief and assigned as the Director, Office of Special Operations, where he oversees Counter-Terrorism and Special Operations Bureau, Detective Bureau and Transit Bureau.

Born in Brooklyn, New York, in 1967, he was raised and educated in New York and Arizona. Chief Marino earned a Bachelor of Science Degree in Criminal Justice from the Union Institute and University of Ohio. He has also graduated from the Executive Leadership Program, Price Safe Communities Institute at the University of Southern California, the Senior Management Institute for Police, the FBI National Academy Class 247, and the Sherman Block Leadership Institute. He has been the recipient of numerous Department Commendations and Awards.

Chief Marino currently resides in the County of Los Angeles with his wife of 25 years. They have two adult children.