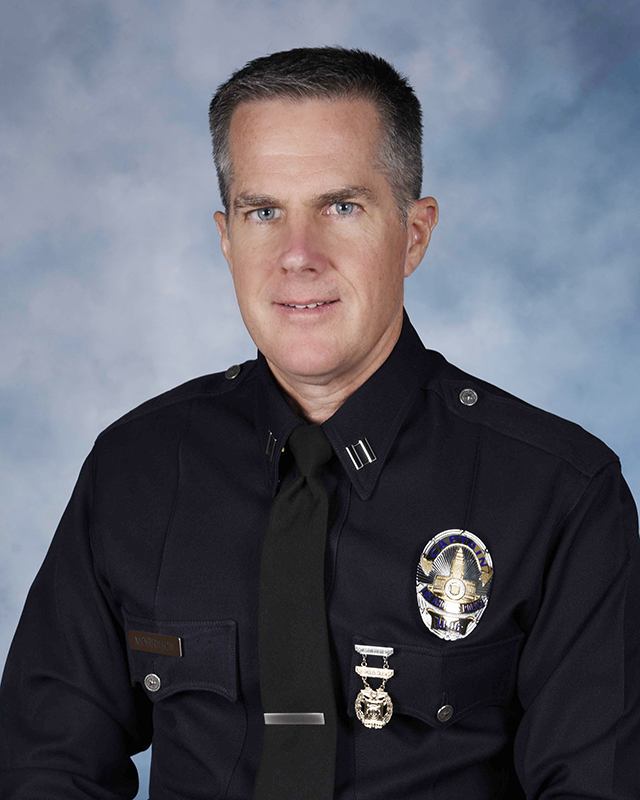 In 2013, he promoted to Lieutenant and worked as a Watch Commander, Violent Crime Task Force, and Gang Impact Team Officer-in-Charge, and Bureau Gang Coordinator. In December 2018, Brian was promoted to Captain and assigned to Pacific Patrol Division, where he provided oversight for Patrol and Beach Operations. He has served communities throughout the City of Los Angeles, in all four geographic bureaus.

In April 2021, Captain Morrison was assigned to the LAPD’s Emergency Services Division. In his current assignment, Brian oversees the Hazardous Devices and Materials Section (Bomb Squad and Haz Mat), LAX Bomb Detection K9 Unit, and Emergency Management Section. He currently resides in the City of Los Angeles with his wife of 27 years and two children.