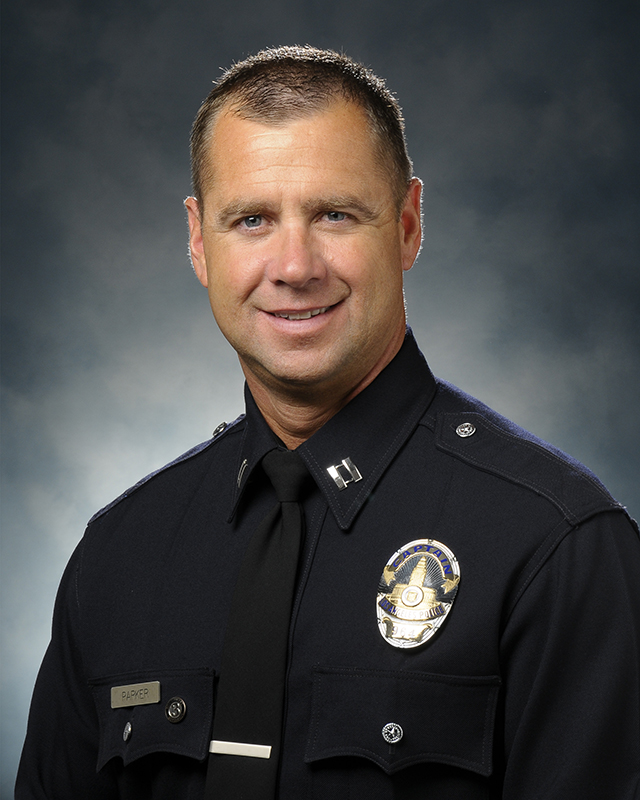 Captain Sean Parker was born in San Juan, Puerto Rico, and later moved to Sao Paolo. After living in Brazil, his family ultimately settled in Miami, Florida, where Sean completed high school. An NCAA All-American swimmer, Sean swam his way through college on a scholarship, first at Temple University in Philadelphia and then at California State University in Northridge, where he earned his bachelor’s degree in Economics.

Sean began his career with LAPD in 1996, and has worked in three of the Department’s four Geographical Bureaus. He has also  worked various patrol assignments including specialized units, such as vice and gangs. As a sergeant, Sean worked as a field supervisor in South and Central Bureaus. Additionally, he also worked as an Internal Affairs Investigator, and was part of the MacArthur Park task force. As a Lieutenant, Sean worked Harbor Division and also participated in the Dorner task force and the Department of Transportation task force. In March 2015, Sean was assigned to Southwest Division as the Patrol Commanding Officer.

Currently, Sean lives in Orange County. He has three beautiful children, ages 11, 8, and 5, who all share his passion for swimming and outdoor activities. His wife of 15 years is a runner and an attorney for a bio-technology company in Los Angeles. Sean attributes his personal milestones to his family, as he firmly believes that a strong family, along with education and hard work are the foundation for success.