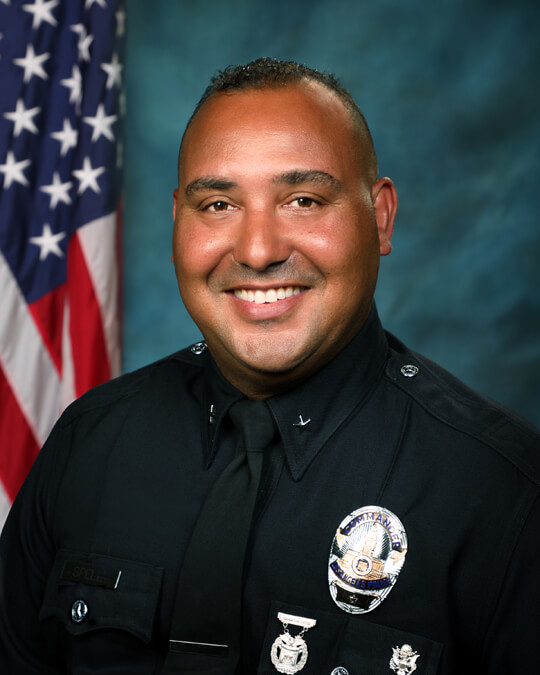 He was born in New Haven, Connecticut and is a second generation police officer, following in the footsteps of his father, a retired homicide detective from New Haven Police Department, Connecticut. Upon graduating from high school in 1990, Commander Spell enlisted in the United States Army Infantry where he served on active duty as a Non-Commissioned Officer.

In 2002, he was promoted to Sergeant and was assigned to Newton Patrol and Special Operations Bureau as a supervisor for a gang task force. In 2004, he converted to the rank of detective, where he served at Central Area Detectives working Crimes Against Persons (CAPS) and homicide. Commander Spell also worked Robbery Homicide Division, Gang Homicide Section.

In 2007, he promoted to Sergeant II and was assigned to Internal Affairs Division where he served as an investigator and associate advocate. His love of operations influenced him to go back to operations as the Officer In Charge of Central Vice in 2011.

In 2012, he was promoted to lieutenant and his assignments included Harbor Patrol watch commander, Northeast Detectives, Internal Affairs, Adjutant to the Deputy Chief of Police Sciences and Training Bureau and Gang and Narcotics Division, Major Enforcement Section.

Commander Spell is married and has two children. He is a staunch advocate for people with Autism and developmental disabilities and loves dogs, hiking and travel.