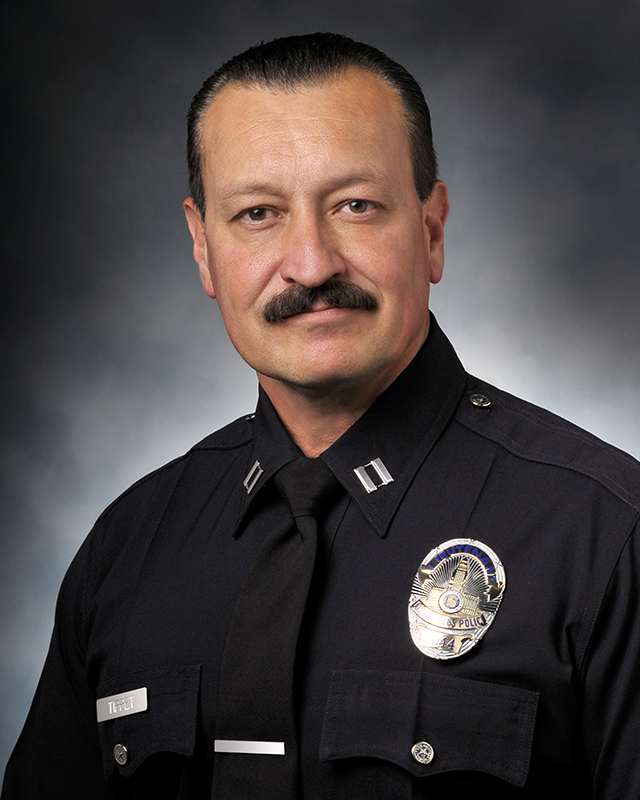 Captain Jonathan L. Tippet was appointed to the Los Angeles Police Department on May 31, 1988. He worked a variety of assignments as a police officer, which included Harbor, Central, Rampart and Metropolitan Division. His experience included patrol, special problems units, surveillance, narcotics and gangs. While assigned to Rampart Division he worked patrol and gangs, and was promoted to Police Officer III in the gang unit. Tippet was later promoted to Senior Lead Officer and was responsible for the area known as the Pico/Union District. His ability to speak Spanish allowed him to develop very good relationships and partnerships with the community.

In 2002, he was promoted to Sergeant and was assigned to Southeast Division where he worked the following assignments, Patrol Supervisor, Patrol Adjutant, Area Adjutant, and Assistant Watch Commander.

In 2009, after four years as a Watch Commander, Tippet returned to Metropolitan Division as a supervisor and was a Squad Leader in both C Platoon, and B Platoon.

Captain Tippet is an active resident of the City of Los Angeles, is married to a fellow officer and has two adult children, a son and a daughter. Tippet has obtained a Bachelor’s of Science degree in Criminal Justice Management from the Union Institute and University.