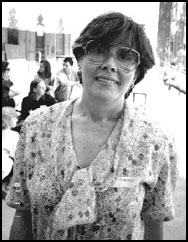 Art dealer Patricia Maureen Bayes, 45 years old, was arrested for a string of grand thefts resulting from consignment and investment frauds that she perpetrated throughout southern California. She victimized numerous art galleries, antique shops, and private dealers with total losses in excess of $100,000. Only two victims initially reported the criminal activity to the police department. However, during the course of the investigation, seventeen more victims were located who had not notified the police. This allowed Bayes to continue to victimize the art community over a protracted period of time.

She entered the U.S. illegally from Canada more than ten years ago. She fled Toronto in a stolen car after an art gallery she worked at called Galerie Equus on Bloor Street failed under suspicious circumstances.

After arriving in Los Angeles, she assumed a new identity under the name of Janet Jamieson and reentered the art business as an independent dealer. During her time in California, she never obtained a driver’s license, credit card or bank account. She bought and sold art on consignment but ran into

money problems due to her gambling habit at various race tracks. Janet engaged in deception and con games to enrich herself. She received art on consignment that she sold and then kept the money. She then gave an endless number of phony excuses for non-payment. To those who aggressively pursued her for bad debts, she often wrote bad checks on the account of a man named “Lowell Jones” who she represented as the buyer of the consigned art. In actuality, Jones was an elderly amputee living on social security in a rest home. Janet befriended the man and gained control of his finances, looting his meager resources and making him responsible for an avalanche of bills and bounced checks placed in his name. 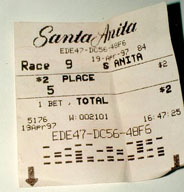 Janet usually tried to obtain cash from buyers. However, if the buyer insisted on paying by check, she would have the buyer write the check to a neighbor or friend who she misrepresented as the consignor of the art. The friend would cash the check, giving her the money that was not repaid to the true consignors. In addition, Janet lured victims into investing in the purchase of paintings. She then disappeared with both the money and the art. One investor was bilked out of $50,000 and never received a single painting.

Janet took advantage of long-time friends and neighbors. She set herself up as a block captain, representing herself as a law enforcement supporter. She then used these contacts to locate new victims and launder funds. She also “borrowed” large sums of money based on fictitious medical and personal emergencies.

In order to avoid apprehension, she fled her residence so quickly she

abandoned her clothing, furniture, cosmetics, and the food in her refrigerator. Through a scrap of paper containing a phone number found in a residence, the Art Theft Detail tracked her to a youth hostel in San Pedro where she had assumed a new identity and was earning spending money by giving sightseeing trips to tourists.

She was arrested for multiple counts of grand theft and was sentenced to state prison.