It's a Sad Day, Charlie Brown 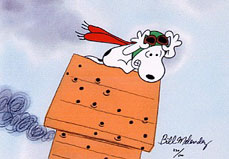 At an exclusive animation store in London, the owner examined a portfolio of rare Peanuts animation cels, backgrounds and pencil drawings. The animation art was some of the best he had seen for sale since he had been in the business. The couple who brought the portfolio, Perry Gilfoy and his wife Patricia “Trish” Elliott, claimed they had owned the art for a long time, adding that it was given to Gilfoy by animator Bill Melendez who was “an old friend.” Still, the store owner decided not to buy the art. The American couple could not provide provenance for the pieces and he thought their story sounded fishy.

Back in Los Angeles, Carol Neal thought she was going crazy. She was the office manager at Bill Melendez Productions and was having difficulty locating many of the animation cels. The company is the studio that produces all Peanuts animated features involving characters such as Charlie Brown and Snoopy. Charles Schulz, the creator of Peanuts, authorized Melendez to produce the animated Peanuts features while Schulz concentrated his efforts on the newspaper comic strip. Now, half a century later, Bill Melendez and his small staff continued producing these features the traditional way – one cel at a time. A brief animated film was usually comprised of thousands of production cels.

Since there was no evidence of a burglary at the small facility on Larchmont Blvd., Carol and the other staff members assumed the pieces had simply been misplaced. However, after an inventory of the limited edition cels disclosed 240 cels missing worth $174,750, Carol knew they had a problem. During a preliminary investigation by the Art Theft Detail, it was determined that someone had removed the middle portion out of various boxes of sequentially numbered cels, hoping no one would notice their disappearance.

A break came when some of the stolen pieces showed up on the internet at an animation website in New York. When some of the pieces were scanned for the website, the unique identifying numbers were also visible. With the assistance of Detective Guardino of the New York Police Department, 50 stolen cels worth $36,000 were recovered. Following the paper trail from New York to Ohio and finally back to California, the Art Theft Detail learned these cels were sold by an animation dealer in Encino named Russell Wolkoff who operates a business from his home called House of Animation.

The detectives paid Wolkoff a visit. Without mentioning the cels seized in New York, the detectives informed Wolkoff that they were aware he had bought some Peanuts cels that had been reported stolen. Wolkoff hesitated for a moment and then decided to. . .lie. Although he confirmed the buy, he claimed he only purchased 30 cels. He said he had the cels in the other room and surrendered them to the detectives, again claiming these were the only ones he bought. At this point, the detectives brought him back to reality by informing him of the seizure of 50 stolen cels in New York that were also traced to him. He was also informed of the possible repercussions for giving false and misleading statements to the police during a criminal investigation. Wolkoff eventually conceded to purchasing nearly 1000 cels from Perry Gilfoy and his wife “Trish” who had answered one of Wolkoff’s ads in the

newspaper. Gilfoy told Wolkoff that he did work at Bill Melendez Productions and had been paid for his services with animation art. The cels sold by Gilfoy included limited edition cels, which are produced for collectors and are signed and numbered. However, unknown to the victim, a vast quantity of production cels were also sold. These are unique cels actually used in the production of classic animated features and are highly sought after by collectors. Bill Melendez Productions was now confronted with a loss far greater than they had expected. After getting a phone number for Gilfoy, Wolkoff was advised not to contact Gilfoy or to warn him of the police investigation.

After doing a quick background check on Gilfoy, the detectives noted he had prior arrests for battery on a police officer, theft, auto theft, burglary, grand theft, and robbery. The Art Theft Detail immediately obtained a search warrant for Gilfoy’s residence in Altadena. However, when the detectives got to the house, a smiling Gilfoy met the detectives and told them he had been expecting them. He admitted he had received a phone call tipping him off that the police knew about him but he refused to say who called him. The detectives knew the only person they had spoken to about Gilfoy was Wolkoff.

As expected, the detectives found no stolen Peanuts art except for a framed cel hanging on the wall that Gilfoy forgot about. He had a well-rehearsed statement that he gave to the detectives. He did not claim, as he had told many others, that he was paid for his services at Bill Melendez Productions with animation art. He knew the detectives had access to the canceled checks showing this was not true. The story he finally adopted was that he found all of the Peanuts animation art in the trash behind the studio. He admitted selling Wolkoff a large amount of this art for the ridiculously low sum of $35 each (Wolkoff claimed he paid $75 each) for cels that normally sell for $600-$800 each. Gilfoy said he disposed of all of the animation art through Wolkoff and a few yard sales. This was soon proven to be false.

Although Gilfoy got rid of any animation art at his house, he was not as careful in covering up his efforts to profit from his thievery. Through address books, tax records, phone bills, bank statements, letters, notes, business cards, etc., the detectives ultimately recovered over 7,600 pieces of stolen Peanuts animation art worth almost $1.5 million.

When the detectives contacted Bill Melendez Productions and asked the manager if she knew anyone named “Perry,” she immediately recognized the 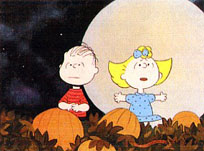 person to be Perry Gilfoy who had worked as a handyman from time to time building shelves, painting, plumbing, doing small repairs, and making keys. It was the last person the employees thought of because Gilfoy was trusted, had been treated like one of the family, and had done work for the studio over a period of years. He usually worked without supervision and had always been paid for his work by check.

Perry Gilfoy was arrested and held on $200,000 bail. He persisted in his claim that he “found” this vast quantity of vintage animation art in the trash until his trial began, at which point he pled guilty to receiving stolen property.