The director of a major auction house in Los Angeles relayed a perplexing crime to the detective. $100,000 in consigned property was missing from controlled access storage areas inside the business. This included rare animation cels and vintage movie posters. Most disturbing of all, jewelry and personal effects belonging to Elvis Presley were missing from the sturdy auction house safe. There was no evidence of forced entry. The safe was never left open and only six top managers of the auction house had the combination to open it. Each manager was a trusted, tenured employee.

As the art detective listened to this scenario, he had a feeling of déjà vu. He had previously handled the theft of an expensive Argy-Rousseau vase at the same business. The vase disappeared from a locked display case. The director said only a handful of employees had keys. The investigation revealed that a large number of personnel possessed authorized or unauthorized keys to the cabinet.

After interviewing the many workers that make a busy auction house function – from warehouse workers to executives – the detective learned of a fatal flaw common to many businesses. The procedures adopted by the organization to protect its assets were often circumvented for the sake of expediency – often with a tacit nod from supervisors. 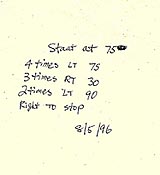 Suspicion soon fell on a new part-time employee who had recently been hired. Reginald Andre Gary, 40 years old, was being trained as a manager in the Preview Department which opens display cases and assists prospective buyers who wish to examine items offered for sale. It turned out that Gary had access to each of the areas where property was missing. Although he was not authorized to enter controlled access areas unaccompanied, he was observed entering these areas by himself after memorizing access codes punched in by others opening the doors. Again, this behavior was winked at due to the frantic activity in preparing for upcoming auctions.

Co-workers at the auction house commented at how devoted Gary, a single parent, appeared to be to his young 5-year old son. They were inseparable. Gary often brought the child to work when picking up his check or to mingle with the staff.

During a preliminary interview of Gary and other workers, Gary turned out to be a glib talker who repeatedly professed his innocence. He claimed he never accessed the safe unattended and did not know how to open the safe. He said he left his last job at a department store because he needed a change.

A worker in the warehouse was located who recalled seeing Gary opening the safe using the paper with the combination as a reference. The worker did not report it earlier because he assumed that Gary had been given permission to access the safe. 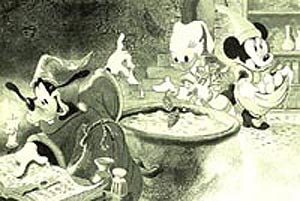 The art detective checked on Gary’s background and learned he was an ex-con and lifetime registered sex offender. He had arrests for kidnapping a female at gunpoint, rape of a 13-year old girl, obscene conduct, burglary, receiving stolen property, and grand theft auto. He had a history of stealing from employers. This came as a surprise to the auction house director because background investigations are conducted on all new employees. However, all of these crimes occurred prior to the seven-year period examined by the background investigation firm. Gary’s last employer was also contacted by the firm but the department store refused to disclose under what conditions Gary left the job. When the detective contacted Gary’s supervisor at the department store, she revealed Gary had been fired for theft and he gave a “smooth line of bull” when he tried to explain his dishonest behavior.

Gary initially agreed to take a polygraph examination but then failed to appear for his appointment and refused to return further phone calls.

A search warrant was obtained for his residence. However, it turned out to be the apartment of an ex-girlfriend. She had forced Gary to move out the previous day and his whereabouts was unknown. The ex-girlfriend had two small children, a boy and a girl, who were relieved that Gary was gone. Detectives learned that he had tried to take each child on car rides alone without their mother.

The only thing Gary left behind was a catalogue from the auction house. While scanning the pages, the detective noted that many of the stolen posters & animation cels were listed in the catalogue. Gary had marked these items and jotted down prices he believed the items were worth. Upon learning that Gary had used the girlfriend’s car to go to work in each day, the detective searched the car and found a stained business card discarded on the floorboard. The card was to a gallery in Hollywood specializing in vintage posters and framing. 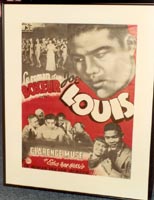 Upon contacting gallery personnel, they identified Gary as the person who tried to sell them about 50 classic movie posters (47 were reported missing from the auction house). They chose not to buy any because most were in poor condition, having been folded and bent as if concealed during the thefts. Gary left one of the posters to have it framed as a gift. It was a rare Belgian poster of a movie about American boxer Joe Louis. It was identified as one of the items stolen from the auction house.

A warrant was obtained for Gary’s arrest. During the search for him, the detective talked to his ex-wife and learned there had been a prior sexual incident involving Gary and her 13-year old daughter. The picture that emerged of Gary was that of a predator who lived off of single mothers while sexually abusing their small children. 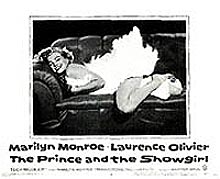 While Gary was on the run, he would occasionally call the art detective from payphones to loudly declare his innocence. However, “methinks he doth protest too much.” On one call he admitted he had repeatedly lied about his arrest record, his employment application, and about being fired from his last job. However, he still denied his thievery at the auction house. He inexplicably tried to use his time in prison to bolster his claim of good character, stating “I go by the same code of all people who have been to the pen – the code of honesty!”

The search for Gary ended when he was arrested on an unrelated charge for sexually molesting a 9-year old girl. The investigation also disclosed that Gary had also been sodomizing his 5-year old son for several years.

When the warehouse workers at the auction house learned that Gary had stolen $100,000 in rare consigned items during his first month at the auction house, some shook their heads at the irony of it. Management had hired part-time workers as a cost cutting measure rather than paying existing trusted workers overtime when it got busy. Now, a part-time employee had looted the business causing great expense, tarnishing the reputation of the auction house, and ultimately resulting in the firing of the director who implemented the policy.