The Chauffeur Did It

While the movie producer was out of town for the holidays with his family, the property manager for the sprawling West Los Angeles estate checked the house each day. Early in the morning he spotted broken glass at a back door and discovered over $400,000 in art missing from the home. This art included Picasso’s 1937 ink drawing Faune as well as a Tiffany lamp.

The police investigation disclosed that the broken glass was a staged point of entry at a back door that was never entered. The glass had been kicked from the inside of the house. The thief was unaware the glass panes were laminated, causing the glass fragments to adhere to a plastic coating that bulged out, rather than in, every time the panels were kicked. Muddy footprints revealed that entry had been made through a side door leading into the billiard room. There was no forced entry. The sprinklers that caused the muddy conditions activated at 4:00 am. 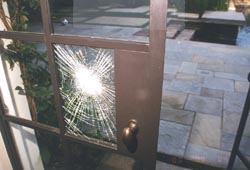 The burglary was obviously an inside job. However, at least 29 full-time employees worked at the estate on any given day. This included nannies, maids, cooks, gardeners, personal assistants, etc. Despite the substantial property loss, the producer was more concerned about the safety of his family, knowing that the thief could be someone he sees every day.

The art was placed on the Art Theft Detail website and entered into various art databases. The break came five months later when a man identifying himself as Tony Hargain came to Christie’s auction house in Beverly Hills. Tony said he was a professional football player who had a “really ugly” Picasso drawing for sale. He claimed he purchased it from a friend for $100,000. He didn’t have it with him but he had a good description of the artwork. 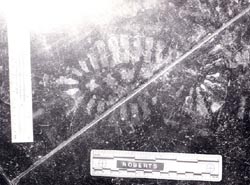 Nathalie, who works for Christie’s, listened to Tony’s story but decided it didn’t sound right. She excused herself on the pretext of researching the artwork. Instead, she checked a stolen art directory and learned the artwork was stolen. She notified Craig, who handles security for the auction house. He contacted LAPD’s Art Theft Detail. Having police arrive too soon might jeopardize the chance to recover the stolen art. A strategy was formulated to try to keep the suspect talking in an effort to learn the location of the Picasso, obtain incriminating statements, and identify the suspect’s car. The car might contain the art and would assist in tracing Tony in case he got hinky and bolted from the building.

After agreeing on a plan of action with the police, Linda, the general manager, went to the lobby but discovered it empty. The receptionist said Tony had left. Linda ran outside in time to see Tony attempting to pull away from the curb in a BMW. She ran into the street and managed to sweet-talk Tony back inside. 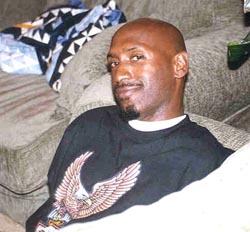 As Tony resumed talking to an attentive audience made up of Linda and Nathalie, Beverly Hills police officers silently converged on the location. A motorcycle officer entered a back door to a security room and watched the suspect on a closed circuit television monitor. Patrol officers watched the exits and the suspect’s car. Becoming more relaxed, Tony mentioned he also had some Picasso plates for sale (also taken in the burglary). Finally, when Christie’s personnel informed Tony that the “Picasso expert” had just arrived, Tony finally admitted he had the drawing in the trunk of his car. Nathalie and Linda watched as Tony removed an object wrapped in a man’s shirt and brought it inside. When he unwrapped it, the employees recognized it as the stolen Picasso Faune.

When the Art Theft Detail arrived, detectives observed a handcuffed suspect sitting in the lobby. They immediately recognized “Tony” as Sammie Archer III who worked as the movie producer’s chauffeur. Sammie had been one of the prime suspects in the case, especially after he failed to appear for a scheduled polygraph examination. He was also suspected of bilking the victim out of $40,000 in a credit card fraud. Archer had at least five brothers and a sister who were all serving time in state prisons. Archer, who had previously worked for comedian Chevy Chase, was the only one with no prior arrest record – until now.

When Archer was arrested, the remaining loot was not found with him. However, a handwritten list in his pocket showed all the other art and antique stores that Archer had contacted in an effort to sell the stolen property.

He called one store and left a message in an attempt to sell the Picasso. 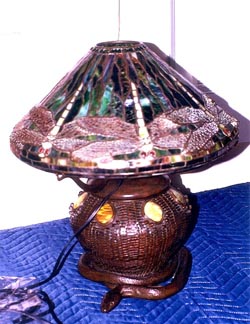 At another store, he revealed that he also had a Tiffany lamp for sale. A search warrant served on his residence resulted in finding the shoes that matched the mud prints left at the crime scene.

Sammie Archer III was charged with first degree burglary, grand theft, embezzlement, receiving stolen property, with an enhancement for theft of property over $150,000. Bail was set at $480,000.

Archer eventually decided to cooperate with the investigation by leading detectives to an antique dealer in Beverly Hills who had unsuspectingly purchased all the remaining loot. The case illustrates how quickly stolen property can move. In only a few months, the Tiffany lamp went through five separate buyers, traveling from Beverly Hills to New York and then to Canada.

The case also illustrates the volatility of the art market. When stolen, the Tiffany lamp had been professionally appraised at $75,000. When detectives finally located the lamp, they learned it had sold for $275,000.

Tony Hargain, turned out to be a real person – a school chum of Archer’s who also went to the University of Oregon. Hargain may have been Archer’s alter ego. Both tried to become pro football players but only Hargain was successful at it. Hargain rode a Harley-Davidson motorcycle. After the burglary, Archer bought his own Harley. Hargain remained single. At the time of the burglary, Archer had divorced and began dating a young model, also giving his name as Tony Hargain and making her think that the luxury cars he drove as a chauffeur were his.

Archer was not shy about assuming the identity of others. However, it was ironic when Archer encountered another inmate in county jail wearing an identification wristband with the name “Sammie Archer III.” It turned out to be one of Archer’s brothers who has been impersonating Sammie for years whenever he was arrested.