Trust Me, I Work Here 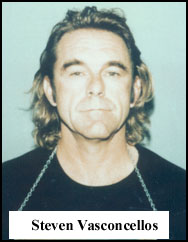 A businessman consigned a Diego Rivera gouache worth $50,000 to the Carthew Thompson Gallery in Beverly Hills in 1995.  Steven Vasconcellos, who identified himself as the executive director of the gallery, handled the transaction.  When Vasconcellos was later fired from the gallery, he kept the painting.  He wanted to open his own art gallery so he decided to float a loan by taking the Diego Rivera to a pawnshop where he pawned it for $12,000.  When the loan matured after four months, he didn’t have the money to redeem the artwork so the pawnshop sold the gouache to a buyer in northern California.  When the true owner of the painting inquired on the status of his art, Vasconcellos went to LAPD’s Art Theft Detail, reported the painting stolen, and fabricated a story to explain its absence.

The scheme unraveled when the investigation revealed inconsistencies in Vasconcellos’ statements.  Witnesses later identified him as the person who pawned not only the Diego Rivera but other art that had been consigned to the gallery.  Steven Vasconcellos was arrested on multiple counts of grand theft and embezzlement.  He was held on $100,000 bail.  The art was located and seized as evidence.  Vasconcellos later pled guilty and was convicted of grand theft.

Detectives learned Vasconcellos had a pattern of similar consignment frauds.  He had earlier owned a gallery in Hawaii called Gallery of the Pacific which went out of business.  He subsequently failed to return art consigned by an artist which resulted in a criminal investigation by Hawaii police.  He moved to California where he worked for a fashionable gallery in Beverly Hills.  While there, the gallery received a Tony Curtis painting on consignment.  Vasconcellos handled the transaction.  He never notified the gallery owners of the consignment and kept the painting at home.  He was later fired. Beverly Hills detectives arrested him and the art was recovered.  Despite this, he got a job as “executive director” of the Carthew Thompson Gallery where the Diego Rivera transaction took place.