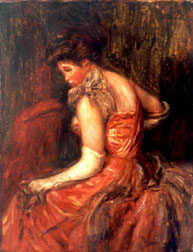 In 1985, an art dealer in Missouri purchased a Renoir painting entitled La Loge (also called Au Theatre) for $191,000. He later learned the painting was a fake and was copied from an existing Renoir located in Paris. The painting came with a certificate of authenticity that had been repudiated by Renoir expert Francois Daulte. There was extensive civil litigation. During this time, the painting was sent to Switzerland and France for additional authentication and forensic analysis that confirmed the fraudulent nature of the artwork. Despite this, the art dealer was unable to get his money back after the original seller disappeared.

Ten years later, the dealer consigned the fake painting (along with the repudiated certificate of authenticity) to another dealer who used the painting as collateral on a loan. The painting was hand-carried to Daulte again in Switzerland who recognized it as the same fake he had examined before.

The fake Renoir was eventually consigned for sale with Jesaia “Bob” Venger in Los Angeles. Venger was informed of the history of the fake Renoir. However, he was also given a copy of the invalid certificate of authenticity and paperwork on the real La Loge that had been offered for sale through Phillips Auctioneers in England. With this spurious provenance, Venger repeatedly tried to sell the fake Renoir as authentic for as much as $350,000. One prospective buyer had the painting carried by courier to New York where it was examined at Christie’s and Sotheby’s and determined to be a fake. Another dealer found a buyer for the painting but was lucky to encounter an art collector in New York who remembered the painting from a decade earlier and the controversy surrounding it.

Despite being thwarted in his attempts to sell the painting, Venger continued looking for a sucker who was less diligent in pursuing the work’s authenticity. Along with the dubious paperwork, Venger fabricated stories about the provenance of the painting. On one occasion, he claimed the Renoir belonged to an elderly man who was on his deathbed and was forced to sell the painting at a sacrifice.

The Art Theft Detail learned of the fraud and served search warrants on Venger’s home and business. The fake Renoir was seized at a stamp shop Venger owned. As the investigation continued, the detectives learned that Venger has been the target of various civil suits by galleries, artists and dealers who claimed he had defrauded them in connection with art purchases.

One dealer bought two German artworks from Venger including a gouache by Carl Hofer and a watercolor by Hans Purrmann. Both turned out to be fraudulent. Another dealer purchased a painting by a Canadian artist that also turned out to be a fake. There have also been complaints of Venger selling fake historical documents and celebrity signatures. In the past, Venger has been the target of an investigation involving stolen Texas historical documents. Venger has sold military memorabilia representing himself as a war veteran who received the Air Medal as an aviator. There is nothing to substantiate any of this. 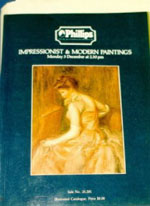 The Major Frauds Section of the District Attorney’s Office filed five felony counts of grand theft and attempt grand theft against Venger. An arrest warrant was obtained and Venger was taken into custody with a bail of $148,000.  He later pled guilty.