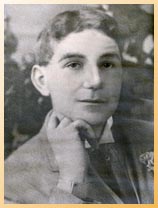 It was late May 1911. There were forty-six states in the union as Arizona and New Mexico awaited statehood. Los Angeles’ population, still a modest 320,000, would soon burgeon into a major metropolitan area. William Mulholland promised to deliver water, that most precious commodity, to a city whose growth had been limited by the chaparral covered semi-desert terrain. Mulholland, true to his word would complete an aqueduct, carrying water from the Owens valley, to Los Angeles, by November 5, 1913. With water, growth was unleashed and Los Angeles’population grew at a seemingly exponential rate.

Arthur B. Crusey was born around 1887 in Indiana to John and Mary F. Crusey. Arthur grew up in the 31st Ward in Chicago, Illinois, where his father was a brickmason. His maternal grandparents were born in France and his mother also spoke French. By 1910, the Crusey family had transplanted to Los Angeles, where the senior Crusey found work as a bricklayer. Arthur now aged twenty-three, appeared set to follow in his father’s footsteps in the brickwork industry until fate stepped in.

On February 8, 1911, Arthur B. Crusey joined the Los Angeles Police Department. His boyish looks earned him the name “baby faced policeman” amongst his peers. His youthful appearance made him a perfect candidate to work a plainclothes detail in the Metropolitan squad, where Crusey worked the many clubs and saloons which littered the area now occupied by the Los Angeles Children’s Museum and United States District Court building. It was in the infamous Miami Club where Crusey had busted one of the many gambling operations that went on inside the saloons.

However, Crusey was also a newlywed and his young wife Elsie, dreaded his undercover assignment. She purportedly begged him to work what she perceived as the “safer” detail of patrolman. After three months of undercover work, Crusey relented and asked for a patrol assignment. In early May 1911, Crusey was reassigned to patrol and given a footbeat in the area of north Main Street and what today is the Hollywood freeway, but what was then Commercial Street. On the evening of May 25, 1911, Arthur Crusey was walking a footbeat on north Main Street, working what today would be a “late PM” watch. Around 10:00 p.m. he observed a tall thin man, later identified as a parolee from San Quentin prison, named John I. Crossley, removing a bicycle from a pawnshop. When Patrolman Crusey ran at Crossley and yelled at the parolee to halt, the suspect instead answered with a shot from a .38 caliber revolver, which was loaded with dum-dum rounds.

Crossley fled with Crusey in tow. As Crossley fired several more rounds, one caught the ill-fated Crusey in the upper right torso. As the gunshots echoed through the cool overcast Los Angeles night, a crowd of spectators was drawn to the noise including a Los Angeles County Sheriff’s deputy named P. Solomon. As Crusey collapsed into the arms of the crowd, he alerted Solomon that Crossley had fired all six rounds from his revolver. With this information, Solomon gave Chase to the fleeing felon, who had served six years of a fifteen-year sentence for burglary.

Solomon, apparently fleet afoot, soon chased down Crossley. As Solomon reached out and grabbed Crossley from behind, the desperate convict raised his revolver over his left shoulder and fired back at the deputy. The round struck Solomon on the left side of his mouth, shattering several teeth and his jaw in the process. Solomon also collapsed from the serious wound. Crossley, who was also an admitted opium user, continued his flight from the area.

However, several LAPD officers were alerted to the shooting and began saturating the area. Crossley ran eastbound on Commercial towards Los Angeles Street, before running onto Aliso Street. As he doubled back towards Commercial, Officer G. M. Greeley observed the suspect and opened fire. None of the rounds found their mark and Crossley continued running desperately trying to escape the additional officers who were arriving. As Crossley climbed over a fence, Patrolman B. C. Croft caught sight of Crossley. Croft sounded his police whistle to alert attention to his location. Greeley and Sergeant Willet climbed the fence after Crossley and immediately drew their weapons at the felon.

At this point, Crossley found himself in the crossfire of two lawmen, Greeley and Sergeant Willet. He threw both hands into the air, though still armed with the revolver in his right hand and was arrested. Crossley was transported to Central Station where detectives attempted to question the tight-lipped convict.

Patrolman Crusey and Deputy Solomon were transported to Receiving Hospital, which was located on the northwest corner of Spring and 1st Street. Crossley was also taken to the hospital, where both patrolmen were able to positively identify him as their assailant. Surgeons then began a desperate effort through the evening to save the lives of the two law enforcement officers.

As the night faded into morning, so too did the life flow out of Patrolman Crusey. He succumbed to a gunshot wound that entered through the right side of his torso and perforated his right lung, before exiting from his lower left back.

At the time of his capture, Crossley was suspected in several street robberies and burglaries which were plaguing area where Crusey first observed Crossley burglarizing a pawnshop.

Funeral services for Patrolman Crusey were held on May 31, 1911. Among the honorary escorts for his body were Sergeant J. F. Toolen and Patrolman J. Kronschnable, both of who would die in the line of duty in October 1915 and December 1916, respectively. Crusey was survived by his parents Mr. and Mrs. John Crusey, and his wife Elsie, who was pregnant at the time of Crusey’s death. Arthur B. Crusey was buried at what today is called Angelus-Rosedale Cemetery, located at 1831 West Washington Boulevard, Los Angeles. His gravestone may be viewed on the cemetery’s website.