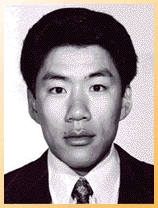 Officer Soo Hoo and Officer William Wong were killed when their police car was struck by a vehicle driven at approximately 85 mph. The occupants in the vehicle were fleeing from a drug deal gone bad. The vehicle ran a red light at the intersection of North Broadway and College Streets and struck the patrol car the officers were in.

Both suspects fled to Mexico where they were arrested by Mexican authorities but released because of the violent drug cartel to which they belonged. The suspects remain at large.

As of May 2011, the driver suspect was still outstanding and is still believed to be in Mexico. The passenger, Faustino Villareal was arrested in Vacaville in 2003. He plead to a manslaughter charge and is out of prison.