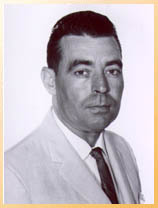 The drunken violator was apprehended and convicted. The incident was the drunken driver’s fourth DUI conviction. He received one year in the county jail.

Policeman Highley had served with the agency for 3 years. He was survived by his wife and four children.