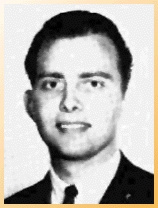 Policeman Early was shot and killed by a robbery suspect.

Policeman Early was off duty when he observed a burglary in progress. He went to a phone booth to call in the crime when he was confronted by the suspect(s) and shot while he was on the phone. He survived the shooting, but not without complications. In the months that passed he suffered blackouts and other symptoms. While undergoing treatment at UCLA Medical Center he sustained irreversible brain damage and never recovered from the procedures. He died from his injuries six months after the shooting.

In March 1998, the Los Angeles City Council approved a $25,000 reward for information leading to the arrest of suspect(s) in the shooting of Policeman Early.