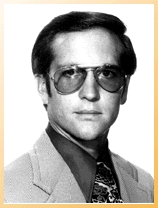 Officer Lindenberg had been with the Department for seven years and was survived by his wife and seven-month old daughter.