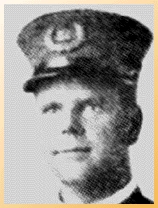 Early July 1926, had been relatively cool in Los Angeles, with evening temperatures dropping into the low 60’s. The Fourth of July celebration at the Los Angeles Coliseum had seen thousands of Angelenos flock to a fireworks event, five months in the planning. Cowboy actor Tom Mix had re-enacted the ride of Paul Revere, on his horse Tony. Silent film actress and beauty Viola Dana also appeared as a celebrity guest, much to the delight of the many young men at the event. The city’s population continued to grow at breakneck speed with its numbers growing to 1.26 million people.

The Los Angeles Police Department meanwhile was in the throes of significant change with newly appointed chief James E. Davis having taken the helm following the retirement of his predecessor, R. Lee Heath. Due to

budgetary constraints, the Department’s mounted unit was disbanded, with questions arising over what to do with the idled horses. However, the Department’s motor section was thriving at fifty officers strong, while comprised of four separate squads. The motors’ primary enforcement responsibility then as now was traffic enforcement.

On July 10, 1926, Sergeant Judson D. Cornwall, was assigned a special detail at Lincoln Heights Legion Ascot Speedway, which was located just east of today’s Soto Boulevard and Mission Road. Sergeant Judd Cornwall was 52 years old and assigned to the Lincoln Heights Division when tragedy struck at exactly 9:30 pm and he was killed alerting people of a fatal crash on the speedway’s oval track.

Judson Dwight Cornwall was born on March 16, 1876 in Middleton, Ontario, Canada, to Daniel Cornwall and his wife, Adeline. By 1891, the Cornwall family lived in Elgin West, Ontario, Canada. Judson “Judd” Cornwall was one of six brothers born to couple. On December 13, 1898, Judson married Nellie Maude Scandrett in St. Thomas, Ontario. The couple would soon venture west, living briefly in Ohio, before continuing west, where they eventually settled in Los Angeles with their two daughters Adeline and Charlotte. The couple’s third daughter, Nellie, was born in Los Angeles around 1906.

On October 30, 1906, Judson D. Cornwall joined the ranks of the Los Angeles Police Department. He was assigned to work the old Eastside Station, which was located at 419 North Avenue 19, just south of the old Lincoln Heights jail. On October 28, 1914, Judson Cornwell was one of several dozen officers who successfully passed the sergeant’s exam. He was appointed sergeant soon after.

The Ascot Speedway opened January 20, 1924 and was a 5/8 mile banked oval track. Its precise location is now occupied by the Multnomah Elementary School. The original dirt track had been hardened by the constant applications of oil coating, which produced an asphalt like surface. The racecars were an early version of today’s sprint cars. The track was known for its harrowing crashes which resulted in the deaths of some two dozen drivers during its twelve year existence. Competition races were held under the lights on Wednesday and Sunday evenings. The races often paid hundreds of dollars, a pretty sum in the 1920’s.

Days prior to the July 10, 1926 event, race organizer George R. Benitel had arranged for ushers, parking security and a police detail for inside the track. At least two law enforcement officers including Sergeant Cornwall were assigned to the detail. In the days preceding the race, Benitel had invited the public and drivers to witness the power of the new lighting technology.

The races commenced on the early evening of July 10, 1926, under the power of the 12 million candle light. Celebrities such as Clark Gable, Douglas Fairbanks Jr. and Bing Crosby often were in attendance at the exciting events. On one of the turns racer Jack Peticord skidded high into the embankment, causing him to lock wheels with racer Bill Bundy. Their fast moving vehicles slipped sideways and could not gain traction, skidding into the car of Nick Gugliemi, crushing it and killing Gugliemi.

Sergeant Cornwall witnessed the onset of the crash and alerted those in its path to the approaching danger. However, the two skidding racecars closed in on him quickly before Cornwall could escape danger. Sergeant Judson D. Cornwall was struck and killed by the two motor cars. Several other bystanders were struck but survived, including a Los Angeles County deputy. Sergeant Cornwall’s watch was frozen in time marking his hour of death at exactly 9:30pm. At the time of his time, Sergeant Cornwall would have been eligible for retirement in three months.

Sergeant Cornwall was survived by his wife Nellie and three daughters: Adeline, Charlotte and Nellie. The services for Sergeant Cornwall were held on Monday, July 18, 1926 at Cresses’ Chapel. He was buried at Grand View Memorial Park in Glendale, California.