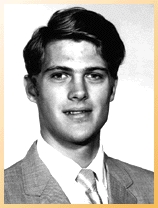 Policeman Walters and his partner were pursuing a motorist for a traffic violation when their patrol car struck a light pole at the corner of Jefferson and West Blvds. Policeman Walters, who had been a the passenger in the car, succumbed to his injuries at the hospital. The driver the officers were pursuing was never apprehended.

Policeman Walters was 23 years old at the time of his death. He had previously served in the United States Navy.