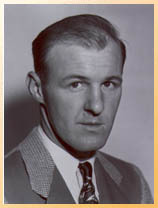 Policeman Leo Wise was shot and killed by a man while trying to break up a bar room brawl. The suspect was arrested a short time later. Police said the suspect may have never been arrested if it were not for the help of four Mexican nationals who helped chase down the suspect and identified him.

The suspect was convicted of first degree murder and executed in San Quentin’s gas chamber on July 12, 1961.