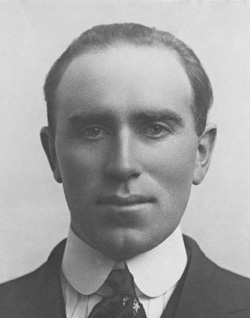 The dark winter of 1918 – 1919 was winding down, having cast a pall over the United States and the entire world as the First World War dragged on. By February 1919, over 66,000 US troops had died as a result of the war, with an additional 177,000 wounded. The Great Pandemic Flu of 1918 – 1919, an extremely virulent form of influenza was also raging, killing thousands of civilians in the US, including some 18 Los Angeles police officers and accounting for more troop deaths than combat itself.

In Los Angeles, social unrest and upheaval had been brewing since 1910 when two members of the Industrial Workers of the World (IWW) were convicted of dynamiting the Los Angeles Times building directly across the street from police headquarters on First Street. An IWW member was also blamed for an explosion at the Llewellyn Iron Works foundry on December 25, 1910, which was located just east of today’s Alameda and Main Streets.

Additionally, members of the IWW were purported pouring into Los Angeles, an anti-union city, via the freight trains along the Los Angeles River. As such, sentiments against the IWW ran high for suspicious City and police department officials. At Chief of Police John L. Butler’s direction, the train yards along the river were routinely scoured for transients with suspected affiliations to the IWW or anarchist groups.

Patrick J. Downey was born September 22, 1883, in Ireland. He immigrated to the United States and arrived around 1905 before settling in California. He married Mary McDonald in September 1909 in San Fernando. The young couple settled in Indio, California where Patrick worked in the railroad industry as a foreman. Patrick heard the call to public service and was appointed to the Los Angeles Police Department on December 1, 1916. By 1919, Patrick was a detective sergeant assigned to the Boyle Heights Station, located at 2015 East 1st Street, in today’s Hollenbeck Division. Downey and his wife Mary had three children: Thomas P., Patricia and Margaret. The family lived in the 3500 block of east 6th Street, in today’s East Los Angeles.

Detective Sergeant Downey and his partner Fred W. Parsons were assigned to Boyle Station climbed onboard an inbound freight train at Alhambra (today’s Main Street) and Eastlake Avenue by Lincoln Park. The two men planned on arresting vagrants and potential IWW members riding the trains illegally. As the train rolled past the Llewellyn Iron Works, two men leaped off the train. Among the pair was an ex-convict named Bert Williams who had spent time in a Washington prison following his arrest for burglary. Williams was also a purportedly high ranking member of the IWW.

Downey followed the two vagrants while his partner Parsons remained on the train and rode the train to its terminus at River Station. Downey had one man in custody as he met Parsons who captured two additional riders. Downey informed Parsons that the other suspect (Williams) had eluded him and left Parsons with three suspects as he headed back between the freight cars lining the train yards. A few minutes passed when Parsons heard a shot crack through the air. As Parsons went to investigate, two of the transients quickly escaped while the third stayed at Parsons’ side. Parsons found Downey lying along the railroad tracks mortally wounded.

Parsons and his prisoner ran towards the direction Downey pointed and encountered a trembling switchman who had come across Williams. Railroad workers summoned an ambulance which responded to an area which today lies at the north end of Los Angeles State Park, just west of the Los Angeles River. The ambulance transported Downey to Receiving Hospital on 1st Street, where the police surgeon found him with a gunshot wound to the left chest area. Downey died just as the surgeon began medical intervention. Downey also had a wound to his head, probably resulting from a blow delivered by a blunt instrument. Finally he had bite marks on his hands that Williams unleashed as he struggled with Downey over the officer’s firearm.

The switchman pointed out Williams’ last location. Railroad workers had originally heard one gunshot, followed by a second shot a few minutes later. Witnesses observed Williams standing over Downey and taking the officer’s gun. Williams threatened the witnesses as he attempted to flee. Officers from Boyle and Central Stations responded to the railroad yards where Williams sought refuge under a freight car. Detective Sergeant Manuel Leon, backed by Captain of Detectives George K. Home and several officers armed with sawed off shotguns surrounded the train car (Captain Home would promote to chief later that same year). Leon ordered Williams to surrender and was able to coax the killer out without further violence. Williams had a wound to the left side of his face, indicative of a violent struggle with Downey.

Williams eventually pled guilty to first degree murder and was sentenced to life in prison. By 1930, he was declared criminally insane and sent to a state hospital in northern California. Services for Sergeant Patrick J. Downey were held at Our Lady of Lourdes in East Los Angeles on Friday, February 21, 1919. Downey was buried at Calvary Cemetery in East Los Angeles. His gravestone may be viewed online at FindAGrave.com.

Despite their traumatic loss, the Downey family persevered. Mary Downey was left a widow at the young age of 29. Her children, Thomas, Patricia and Margaret, were ages 8, 6 and 1 respectively, when they lost their father. Mary Downey’s parents moved in with her and the family later moved a few blocks to the 3500 block of Lan Franco, also in East Los Angeles. Mary eventually became a nurse at Los Angeles County Hospital, the predecessor of today’s University of Southern California Medical Center. She eventually promoted to nursing supervisor before retiring. She lived to the age of 83 enjoying many years of retirement. Her son Thomas also worked at the hospital first as a messenger then as an orderly while he attended college. He eventually graduated from medical school at Creighton University and became a doctor in southern California. Patricia and Margaret later attended USC.