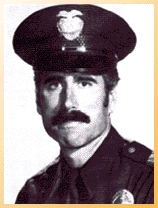 Officer Verna was shot and killed after making a traffic stop of a vehicle containing two armed robbery suspects. One of the suspects shot Officer Verna once, then passed the revolver to the second suspect, who shot him five more times. Both suspects were apprehended and sentenced to death.