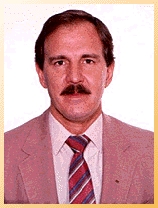 Detective Kuster was shot and killed as he attempted to stop a man who was waving a handgun in a restaurant. The suspect had gotten into an argument wit the owner and left. The suspect re-entered the bar with a 9-mm handgun and started waving it in the air. Detective Kuster, who was off duty and in the restaurant, tried to talk the man into putting the gun down, but the man instead opened fire, striking him in the chest and knees. Despite being mortally wounded, Detective Kuster was able to return fire and killed the suspect.

Detective Kuster had been with the Department for 24.5 years and was survived by his wife, parents, and two brothers.