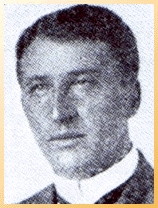 The shooter fled to Mexico and was later apprehended in Pittsburgh, Pennsylvania for another murder. They tried to extradite him to California after the Pennsylvania authorities extracted a confession from him. After serving 20 years for the second murder, he was arrested 30 seconds after being freed from prison and finally extradited to California. He was tried and convicted for the murder of Policeman Kronschnable. The District Attorney asked for the death penalty, but he was sentenced to life in prison.

Policeman Kronschnable was survived by his wife and a baby daughter.