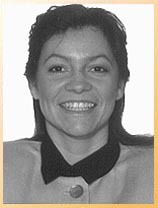 Officer Kerbrat was shot and killed after she and her training officer had stopped to talk to a man who they had recognized as a possible criminal. They stopped the patrol car in front of him and he immediately approached from the rear and opened fire while both officers were still in the patrol car. Officer Kerbrat was killed before even exiting the vehicle. The suspect was shot and killed by her training officer.

Officer Kerbrat was the first female officer to be killed in the line of duty with the Los Angeles Police Department. She had been with the Department for only 10 months and was survived by her husband, son and daughter.