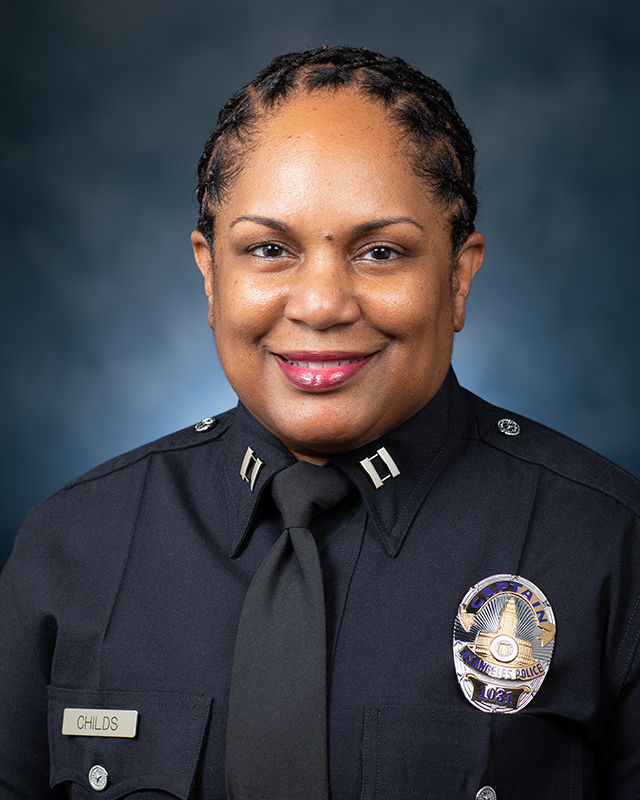 Captain Lonyá C. Childs Graves is a native Angeleno who was appointed to the Department in September of 1994. Upon graduation from the Academy, she was assigned to Southwest Patrol Division.

Captain Childs worked a variety of assignments; however, the majority of her career has been spent in operations. Very early in her career, Captain Childs promoted to Police Officer III, Field Training Officer and then to Detective Trainee, which prepared her for her promotion to Detective, where she was assigned to 77th Street Area Detectives. She ascended through the ranks from Detective II, Sergeant I, Detective III and lastly Lieutenant II, Officer-in-Charge, Internal Affairs Division-West Section.

Captain Childs’ dedication, experience and education have primed her for her most recent promotion to Commanding Officer of West Los Angeles Patrol Division. Captain Childs has completed the Sherman Block Supervisory Leadership Institute, LAPD Leadership, formerly West Point Leadership, and she holds a bachelor’s in Sociology from the University of California, Los Angeles.