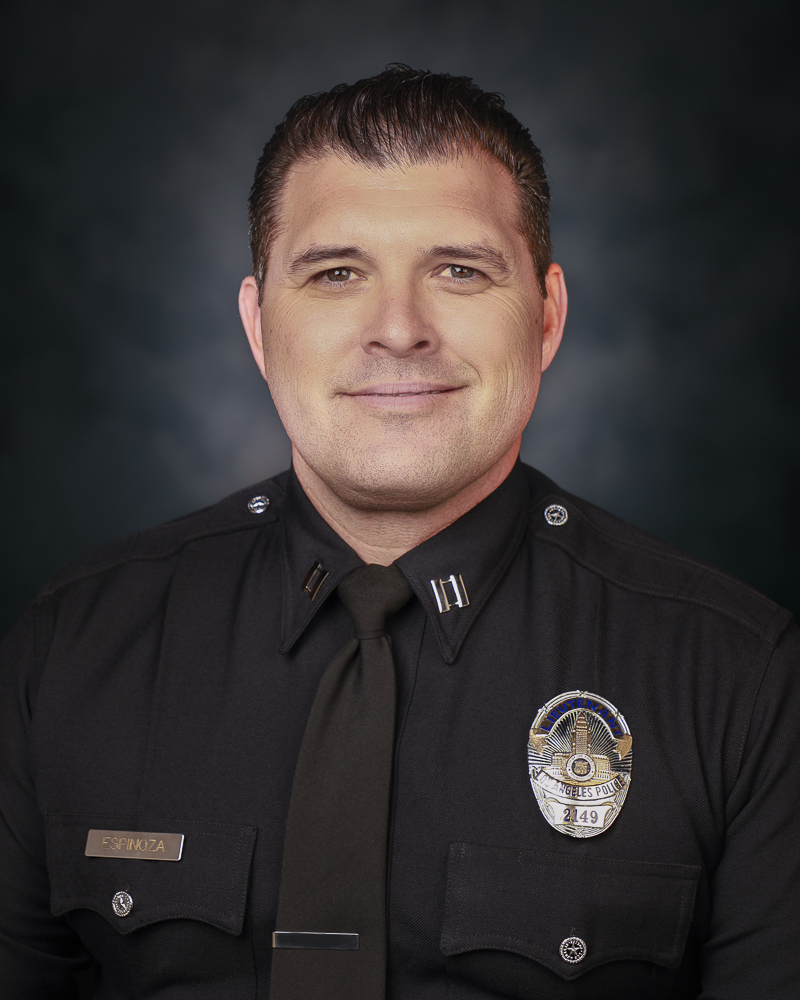 The son of a 25-year Los Angeles Police Department veteran, Captain Anthony Espinoza followed in his father’s footsteps and joined the LAPD in 1999. After graduating from the police academy, Captain Espinoza worked several assignments as a police officer, including Patrol, the Juvenile School Car, Gang Enforcement Detail, Narcotics Field Enforcement Section, and Vice, as well as a stint in Metropolitan Division.

After promoting to the rank of Sergeant in 2007, Captain Espinoza spent time in West Los Angeles, Southwest, Olympic and 77th Areas. Additionally, he was assigned to Internal Affairs Central Criminal Division and Special Operations Division.

In 2021, he was promoted to his current rank of Captain, where he currently serves as the Commanding Officer of the Devonshire Patrol Division.