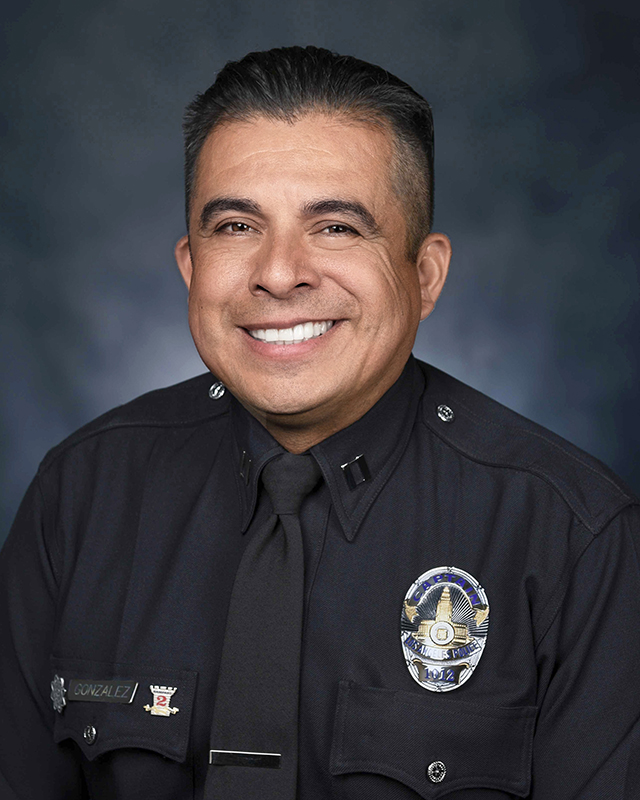 Captain II Adrian Gonzalez was born and raised in the City of Los Angeles. He is one of six children. He graduated from James A. Garfield High School in East Los Angeles in 1988.

Upon his graduation, he served in the United States Marine Corps where he was stationed at Camp Schwab in Okinawa, Japan and Camp Lejeune, North Carolina. During the 1990-1991 Gulf War, he was deployed to Operation Desert Shield and Operation Desert Storm.

In 1997, he graduated from the University of California, Los Angeles, having earned a Bachelor’s degree in Political Science.

In 2021, he was upgraded to Captain II and assigned as the Commanding Officer of South Bureau Homicide Division.

He holds an Executive Master of Leadership degree from the University of Southern California, Sol Price School of Public Policy.