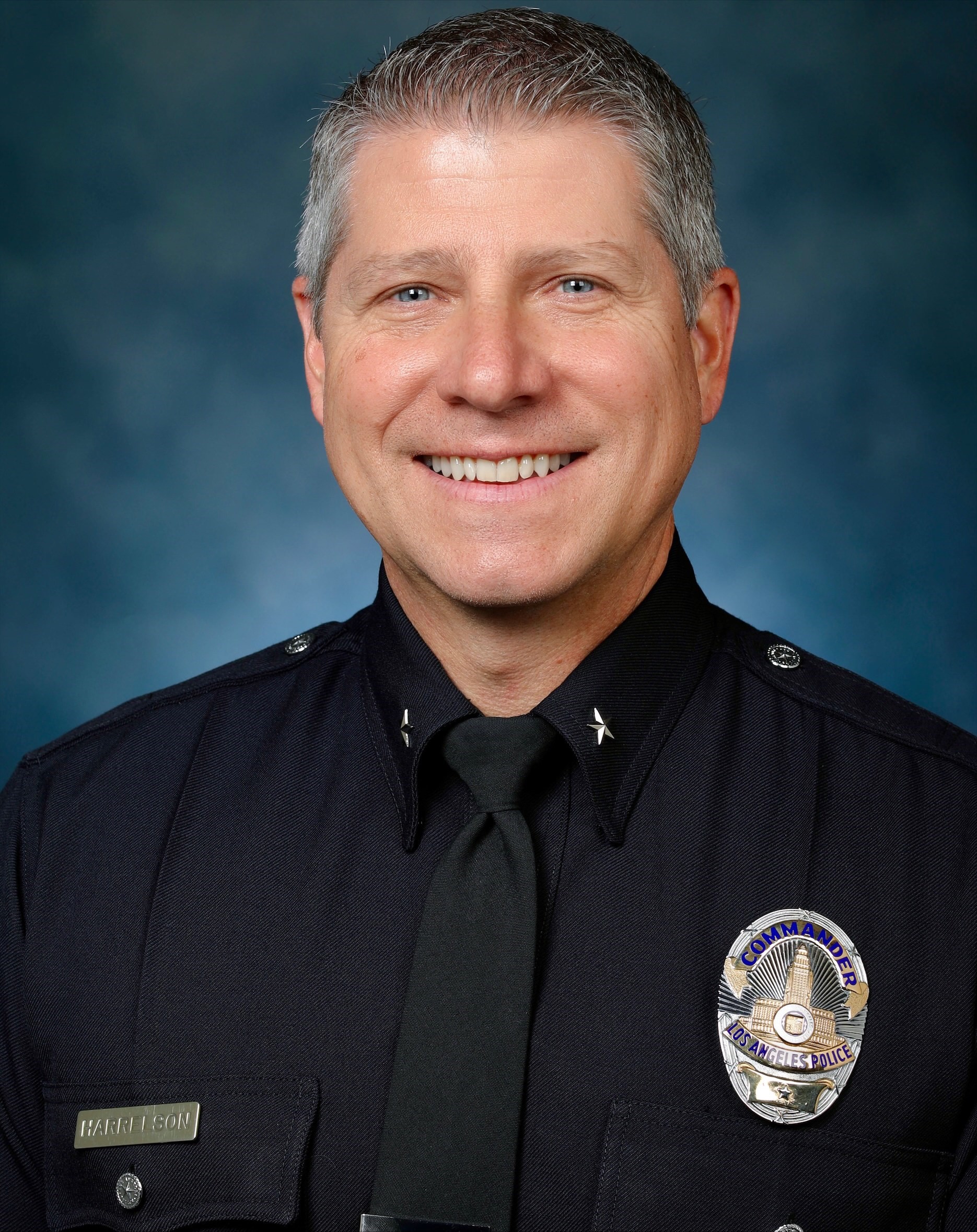 Commander Timothy “Scott” Harrelson was born and raised in Panorama City in the San Fernando Valley.  After graduating from St. Genevieve High School, Commander Harrelson began studying Kinesiology at the California State University Northridge.  Upon graduation, he moved to the San Diego area where he worked as a stock broker for over five years.  Desiring to follow his childhood dream of becoming a Los Angeles Police Officer, Commander Harrelson decided to make a career change and entered the Los Angeles Police Academy in 1995.

As a police officer, Commander Harrelson worked a variety of assignments to include patrol, gang enforcement, narcotics enforcement, and as a field training officer.  One of his highlights as a police officer was when he was assigned as a Senior Lead Officer in the area of Panorama City in which he was raised.

In 2003, he promoted to sergeant and worked assignments including patrol, bikes, community relations, and Internal Affairs; both as an investigator and later as the Adjutant to the Captain of Internal Affairs.  Commander Harrelson promoted to lieutenant in 2011, and worked as a watch commander, Lieutenant-in-Charge of the Valley Crime Task Force, and finally as the Detective Commanding Officer at Topanga Community Police Station.

Commander Harrelson holds a Bachelor of Science degree in Kinesiology from California State University of Northridge and a Master’s degree in Leadership from the University of Southern California.  His academic journey also includes graduating from the Sherman Block Supervisory Leadership Institute and the FBI National Academy. Commander Harrelson holds California POST Certificates for the Basic, Advanced, Supervisory, and Management levels.  He is also a member of several law enforcement associations including the Peace Officers Association of Los Angeles County, the Police Executive Research Forum, the International Association of Chiefs of Police, and the FBI National Academy Associates.