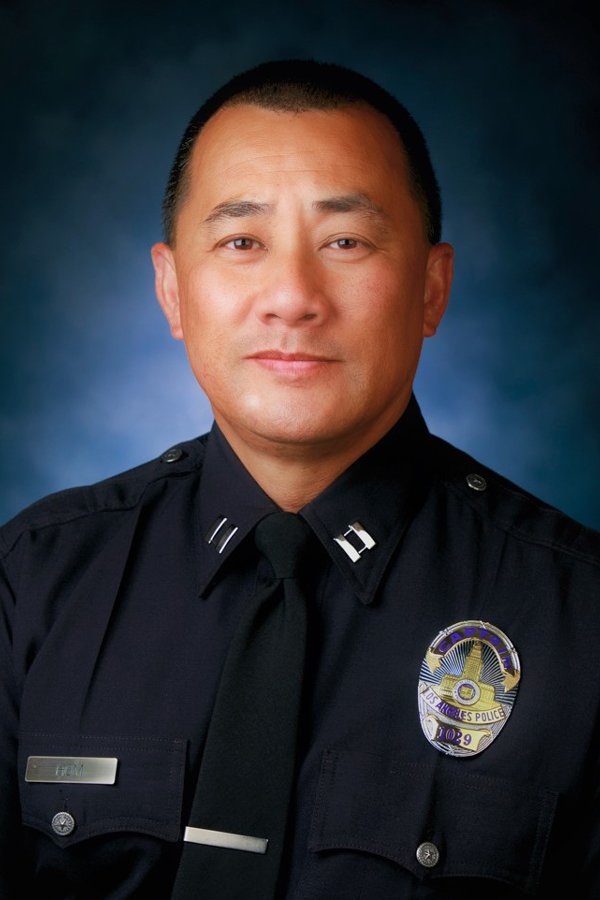 Captain Hom is currently assigned as the Commanding Officer, South Traffic Division.  He has previous traffic experience as a supervisor when he was assigned to West Traffic Division and Traffic Coordination Section.

Captain Hom began his career with the Los Angeles Police Department in June 1992 as a volunteer reserve police officer, and was appointed as a regular Police Officer in August 1993.

Captain Hom graduated from California State University, Northridge, with a Bachelor’s degree in History in 1996 and a Master’s in Public Administration in 2004. He also completed the Sherman Block Supervisory Leadership Institute in 2004, and is a graduate of the FBI National Academy, Session 272, in 2018.

He grew up in the City of Los Angeles, and attended local public schools.