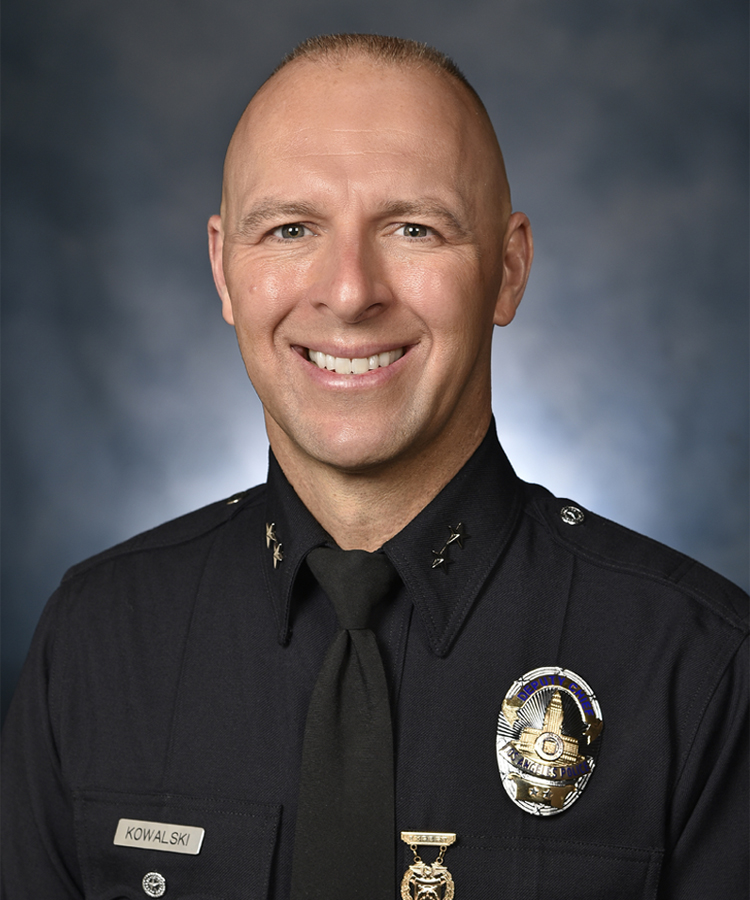 Throughout his 25 years of LAPD service, Deputy Chief Kowalski has worked in both patrol operations and specialized assignments in various ranks and was twice selected as Supervisor of the Year as a Sergeant. As a Lieutenant, his assignments included overseeing the West Bureau’s Violent Crime Task Force, the Officer in Charge of the Northeast Area Gang Impact Team, and as the Platoon Leader for the LAPD’s Metropolitan Division “C” Platoon.

Deputy Chief Kowalski serves as the Co-Chairperson on the Executive Board for the Major Cities Chiefs Association Intelligence Commanders, a group comprised of 78 police agencies in the United States and Canada who share information and intelligence with Federal, State and local partners.

Prior to the LAPD, Deputy Chief David Kowalski honorably served in the United States Marine Corps, achieving the rank of Sergeant. He is a veteran of the Persian Gulf War and the liberation of Kuwait. He holds a Bachelor of Science Degree in Criminal Justice Administration from San Diego State University and a Master’s Degree in Public Administration from California State University Fullerton. He is a graduate from the Senior Management Institute of Policing at Boston University and the Anti-Defamation League’s Advanced Training School on Extremism. He is married and has two children.