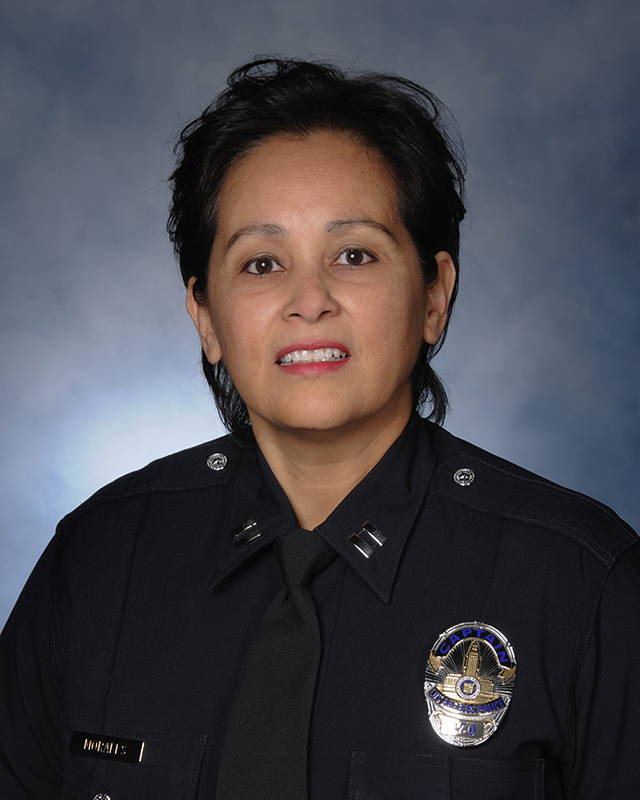 Captain Elaine Morales was born in Hollywood, California and raised in Los Angeles County. She was a law enforcement police explorer for three years, where she learned the many duties of law enforcement and positive engagement with the community. She received her Bachelor’s degree from California State-Los Angeles University and joined the Los Angeles Police Department in 1988.

Her career began at Van Nuys Division as a patrol officer and has since worked in every bureau, South Bureau CRASH, Newton Patrol, Bicycle Detail, Central Bureau Narcotics as an undercover officer. She was promoted to the rank of Training Officer in 1990 and  worked Pacific Patrol, 77th Vice and remained at 77th Division as a Senior Lead Officer.

On February 7, 2016, Elaine was promoted to Captain and is currently assigned to Foothill Division.

She has graduated from the FBI National Academy, West Point Leadership Development Program and the Sherman Block Supervisory Leadership Institute.