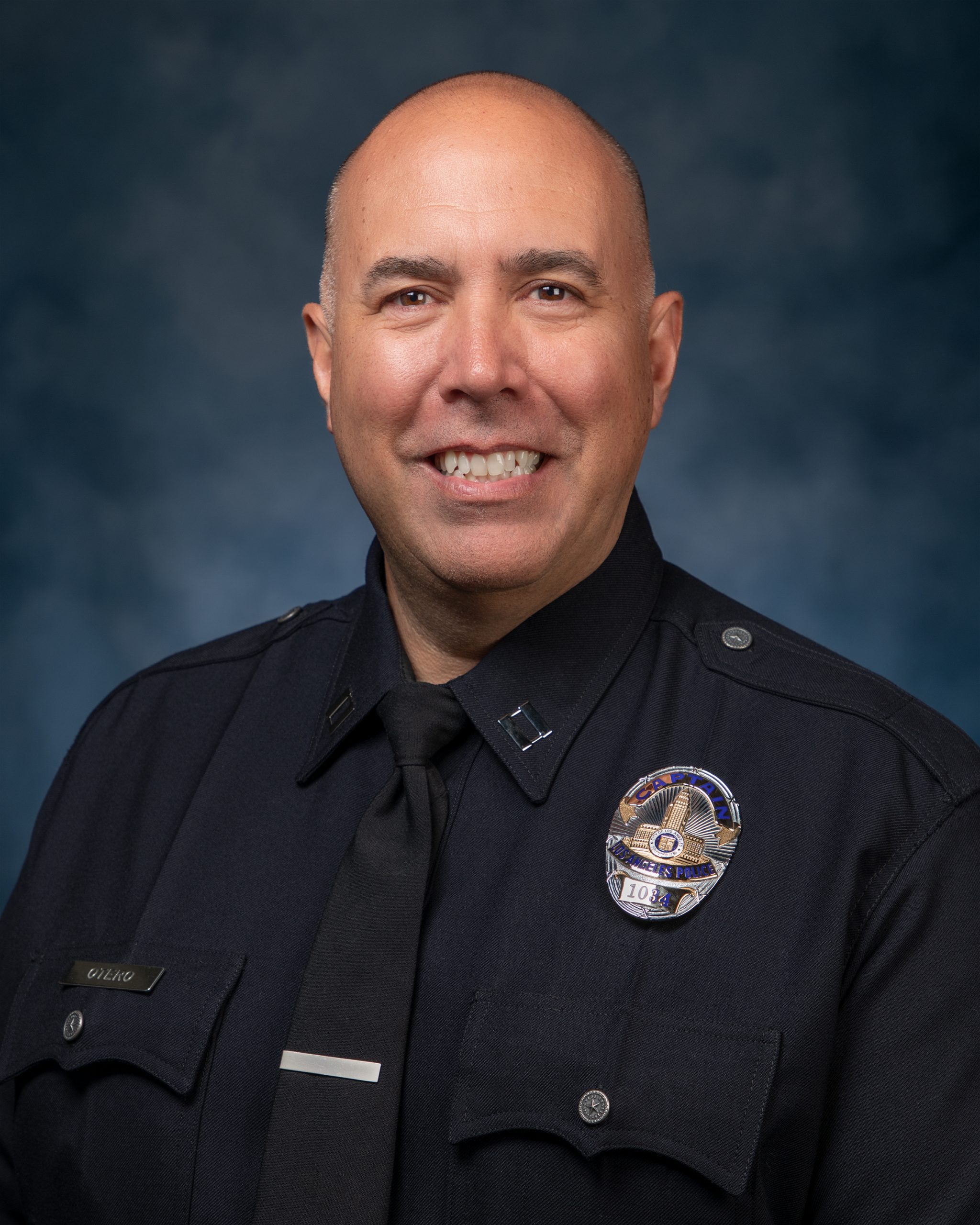 Captain Otero was appointed to the Los Angeles Police Department in July 1996. Since his appointment, he has had the honor to serve our communities as a Patrol Officer, Field Training Officer, Gang Officer, Vice Investigator- Hollywood Area, Narcotics Investigator, Gang Detective- Wilshire Area, and as a field Sergeant. His career as a supervisor started as a field Sergeant in Southeast Area. This tenure as a supervisor provided him the opportunity to work at the Officer Representation Section- OIC, Professional Standards Bureau, as an Investigator and Adjutant, and Aide to the Inspector General of the Los Angeles Police Commission.

Captain Otero is a graduate of the Sherman Block Leadership Institute, and the Los Angeles Police Department Leadership Academy, where he is an adjunct instructor. Otero has earned a Bachelor’s degree in Business Administration from Whittier College, a Masters in Public Administration from National University, a Masters in Executive Leadership, and a Doctorate of Policy Planning and Development, from the University of Southern California.

Captain Otero is actively involved in his community as he currently serves his hometown as an elected official for the City of La Mirada as a Councilperson. He is an avid outdoorsman and enjoys spending meaningful time with his wife and three children.