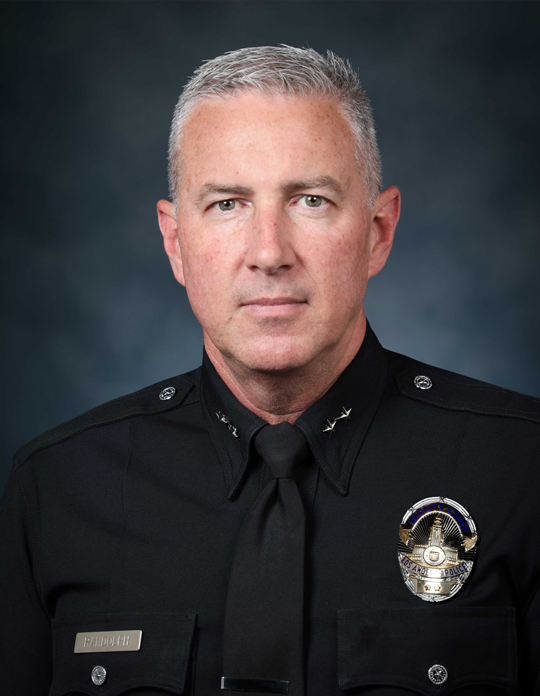 As a Captain, he held four commands. Upon promotion to the rank of Captain, he held his first command at Rampart Patrol Division. His second command was as the Commanding Officer of In-Service Training Division. It is there that he oversaw the State-mandated
Perishable Skills Program, Department-mandated continuing education and career development training for both sworn and civilian members. From there, he transitioned to his third command as Commanding Officer of Training Division where his primary attention was on Recruit Officer academy training and a $1.5 million training and education budget for all sworn and civilian training opportunities. Lastly, he moved back to Operations and was the Commanding Officer of Newton Area.

He has several years of teaching experience. He began in 2001 where he taught throughout California for the Department of Justice, Leadership in Specialized Units program on law enforcement subject matters; such as, leadership, vice operations, corruption avoidance and managing specialized law enforcement units. In 2004, he was hired and has held an adjunct professor position at Chapman University College, subsequently Brandman University. His forte was in upper-division undergraduate Criminal Justice and Sociology disciplines. In addition to maintaining his teaching at Brandman University, in 2008 he was hired by and has held an adjunct professor position at Los Angeles Mission College. There he taught lower-division undergraduate classes in Administration of Justice. His education includes a Bachelor’s degree in Psychology from San Diego State University and a Master’s degree in Conflict Management and Negotiation from California State University Dominguez Hills. He is a graduate of the Executive Leadership Program at the University of Southern California, the Police Executive Research Forum, Senior Management Institute for Police-Session No. 72, at Boston University and the Leadership in Crises, executive education program through Harvard Kennedy School at Harvard University.