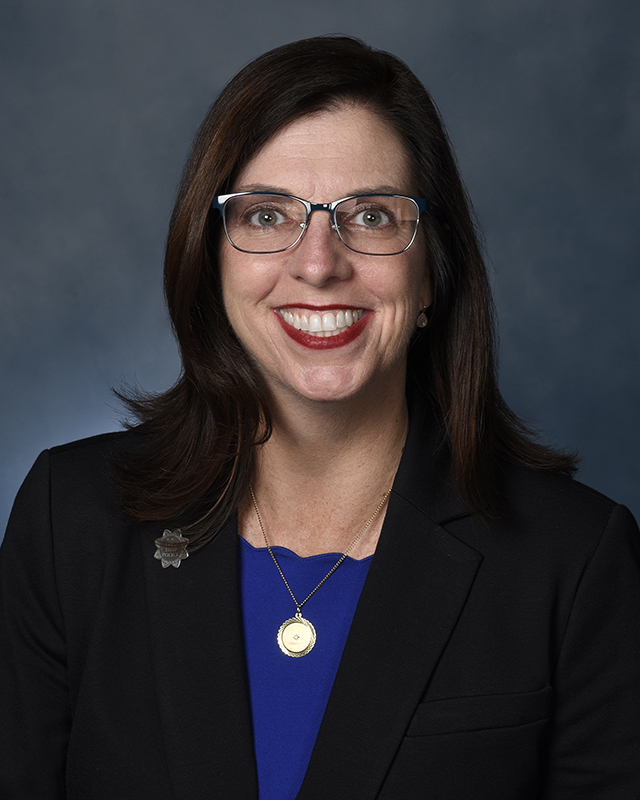 Police Administrator III Annemarie Sauer was born and raised in Los Angeles, California. She has worked for the City of Los Angeles since 1998. Prior to promoting to the LAPD, she spent most of her career working for the Office of the City Administrative Officer where she was responsible for the development, administration and oversight of various City budgets, including the Police, Fire and Housing departments. She also spent four years working for the Office of the Chief Legislative Analyst as a Legislative Analyst for the Los Angeles City Council where she staffed the Public Safety and Housing, Community and Economic Development committees.

Ms. Sauer was appointed to the Los Angeles Police Department in October 2015 as the Commanding Officer of Personnel Division. In July 2016, Ms. Sauer promoted to the rank of Police Administrator II and served as the Department’s Chief Financial Officer as the Commanding Officer of Fiscal Operations Division. With her promotion to Police Administrator III, Ms. Sauer serves as the Commanding Officer of Administrative Services Bureau where she is responsible for the oversight of the following divisions: Communications; Custody Services; Evidence and Property Management; Facilities Management; Motor Transport; and, Records and Identification. She comes from a long line of civil servants, including both of her grandfathers, her father, and her husband, among others, who with Ms. Sauer collectively have provided more than 125 years of public service to the City of Angels.

Ms. Sauer earned her Bachelor’s Degree in Law and Society from UC Santa Barbara, as well as a Master’s Degree in Public Administration from California State University, Long Beach. She and her husband have two daughters who keep them very busy with all of their activities.