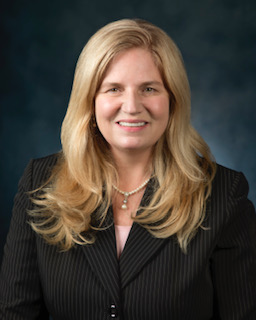 Prior to joining the LAPD, Trina spent most of her career working with the Office of the City Administrative Officer where she was responsible for the development, administration and oversight of departmental budgets, including the Office of the City Attorney, Information Technology Agency, Housing Authority, Consolidated Plan, Department of Transportation, and the City’s first Homeless Budget. Trina also served as the CAO lead analyst for projects such as the City’s 2016 Comprehensive Homeless Strategy, Citywide Minimum Wage, Hotel Living Wage, Gross Receipts Business Tax, and formulation of the HCID and EWDD Departments. At the Los Angeles Public Library, she oversaw the production of its $208 million proposed budget; the preparation, award, and monitoring of Library contracts; and the management of security operations for the Library’s 73 facilities.

Before arriving at the City of Los Angeles, Trina was a Guest Relations Trainer at Walt Disney World, where she trained and developed employees for assignments in eight operational areas including seminars, administration, and public relations.

Trina is a graduate of the University of Florida, as well as the Riordan Leadership Institute and Leadership Southern California program offered through the Los Angeles Junior Chamber of Commerce. Her volunteer activities over the years include the GATE Advisory Committee with the Burbank Unified School District and positions on the Mount Washington Nonprofit Preschools, Flintridge Preparatory School, and Thomas Edison Parent Teacher Association Boards. She is a proud supporter of her family connections to small business in Detroit and the Native American Heritage Association.

Trina’s husband also served the City of Los Angeles prior to his retirement in 2018 for nearly 35 years. Together they have three children who enjoy sports, clubs, and keeping their parents on their toes.