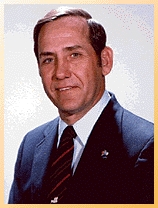 Detective Arleigh McCree and Officer Ronald L. Ball were killed while attempting to defuse two booby-trapped pipe bombs. The officers, both members of the Bomb Squad, were called to a home that was being searched in connection with a shooting. The officers conducting the search located the two pipe bombs in a garage and called the Bomb Squad to the scene. While examining the devices the officers determined they were booby trapped and moved all of the other officers away from the scene.