Update:  Catalina has been found and the father is in custody.

On Thursday, December 23, 2021, around 10:45 p.m., officers responded to a radio call of a “Kidnap in Progress” at the 100 block of South Reno Street.  When the officers arrived, they were met by Catalina’s mother.  The mother advised the officers that her ex-boyfriend, Leonardo, Catalina’s father and she have an ongoing child custody dispute and there is a restraining order on file against Leonardo.

The mother said Leonardo showed up at her residence with 2 additional male Hispanic suspects.

Leonardo forced his way into the residence and threatened the family while armed with a knife.  He forcibly removed the child and fled in a Gray Honda Accord with unknown license plate.

Leonardo does not have any custodial rights of Catalina. Catalina is described as a 2-year-old female Hispanic, with black hair, brown eyes.  She stands 2 feet tall and weighs approximately 26 pounds.  She was last seen wearing a light purple shirt with unicorns and a white one-piece zip-up pajama. 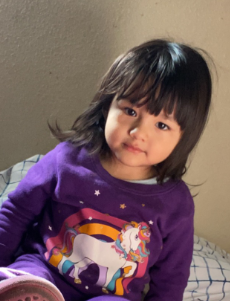 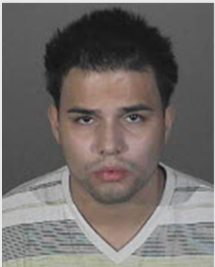 If you have seen or have any information regarding her whereabouts please contact the Los Angeles Police Department, Rampart Division, at (213) 484-3400.  During non-business hours or on weekends, calls should be directed to 1-877-LAPD-24-7 (1-877-527-3247).  Anyone wishing to remain anonymous should call the L.A. Regional Crime Stoppers at 1-800-222-TIPS (800-222-8477) or go directly to www.lacrimestoppers.org.  Tipsters may also visit www.lapdonline.org, and click on “Anonymous Web Tips” under the “Get Involved-Crime Stoppers” menu to submit an online tip.  Lastly, tipsters may also download the “P3 Tips” mobile application and select the L.A. Regional Crime Stoppers as their local program.