Los Angeles: The Los Angeles Police Department Rampart Division Robbery detectives are asking for the public’s help in identifying a victim whose jewelry was stolen during a street blessing scam.

On Tuesday, March 22, 2022, Robbery Detectives from the Los Angeles Police Department’s Rampart Division arrested a male and female suspected in connection to a string of street robberies and thefts from persons in the Pico Union, Westlake, and Historic Filipinotown Districts of Los Angeles.

Detectives observed the suspects interacting with a victim on the sidewalk in the area of 12th Street and Burlington. After the suspects took the victim’s jewelry and drove away, officers stopped the suspect’s rental vehicle and recovered jewelry, money, and other evidence used to commit the crimes. The suspects had two young children in the car with them at the time of their arrest.

Below are the pictures of the suspects: 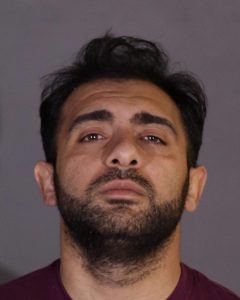 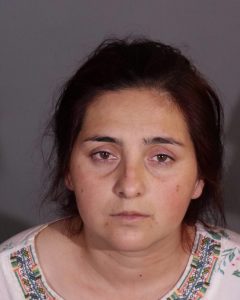 The two suspects are residents of Kirkland, Washington;

They were arrested for 211 PC – Robbery

The Detectives are asking for the public’s help in identifying the victim, described as a female Hispanic, in her 30’s, with chin-length dyed blond hair, as well as anyone who may have witnessed the incident.

Rampart Detectives are currently investigating over two dozen cases in the area, going back to February of 2021. The suspects generally drive an SUV style car, occupied by the male driver, a female passenger in the rear seat, and one or more young children in car seats. The suspects pull up along the victims who are walking on the sidewalk and motion the victims over to the car. The female suspect usually remains seated in the rear passenger seat of the vehicle, and requests to “bless” the victim’s jewelry or money. The female then removes the victim’s property, while simultaneously placing cosmetic jewelry and/or taped up pieces of lottery tickets into the victim’s clothing.

On at least one occasion the male suspect brandished a handgun, and on two occasions, the female suspect blew an unknown substance in the victim’s faces, which caused disorientation. The victims are often elderly or have special needs, and the suspects tend to focus on Spanish-speaking victims around churches.

Detectives believe that there are additional outstanding suspects, as well as unidentified victims. Anyone with information regarding these crimes is urged to call Rampart Robbery Detective A. Trimino at (213) 484-3631 or Detective III E. Ignacio at (213) 484-3627. During non-business hours or on the weekends, calls should be directed to 1-877-LAPD-24-7 (877-527-3247). Anyone wishing to remain anonymous should call Crime Stoppers at 1-800-222-TIPS
(800-222-8477). Tipsters may also contact Crime Stoppers by texting to phone number 274637 (C-R-I-M-E-S on most keypads) with a cell phone. All text messages should begin with the letters “LAPD.” Tipsters may also go to www.LAPDOnline.org, click on “webtips” and follow the prompts.