On April 20, 2022, around 12:45 a.m., four men visiting from Northern California arrived at their short-term rental property in the 2400 block of Coldwater Canyon Drive after dining in the Beverly Grove area. As they were exiting their vehicle, three suspects approached them. Two were armed with handguns, and one was armed with a rifle. They demanded jewelry, pistol-whipped one of the victims, and forced them to go inside the residence. Once inside, they ordered the victims to the ground in the living room. The suspects ransacked the home, took the victim’s property, and drove away in a vehicle.

At approximately 1:15 a.m., a shooting occurred in the 100 block of South Virgil Avenue. A radio call was generated. When officers responded, they observed a blood trail leading from the sidewalk to an apartment door. Officers surrounded the building. LAPD SWAT responded to the location, made entry, and determined there were no occupants inside the apartment.

A search warrant was obtained for the apartment. Many of the items taken in the Home Invasion Robbery were discovered inside the apartment. Three guns were also recovered at the location. Two semi-automatic handguns and an “AR Pistol.”

At 2:15 a.m., Chanz Lee Yarbrough entered a hospital with a gunshot wound to his left leg. Yarbrough claimed an unknown person shot him at an unknown location in Hollywood.

Detectives determined that the three suspects committed the home invasion robbery and drove directly to the 100 block of South Virgil Avenue, where one of them resided. As they were gathering the stolen property from their vehicle, one of the suspects accidentally shot the other in the leg. The three suspects took the stolen property and their guns into the apartment. They left a short time later and transported Yarbrough to the hospital.

On April 25, 2022, detectives located and arrested Alvarez. He was booked for a Ramey Warrant/209(b)PC- Kidnap for Robbery.

On May 24, 2022, detectives located and arrested Yarbrough. He was booked for a Ramey Warrant/209(b) PC- Kidnap for Robbery.

The male Hispanic suspect has yet to be identified.

Detectives are releasing the photos of the arrested suspects because they believe there are additional victims of crimes committed by the suspects. 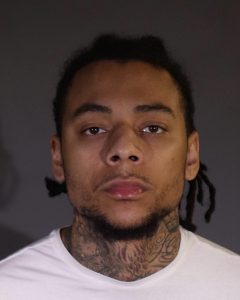 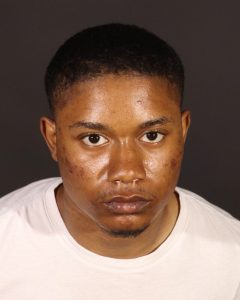 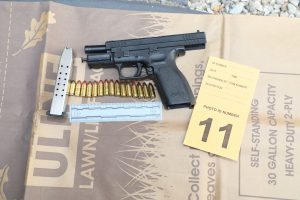 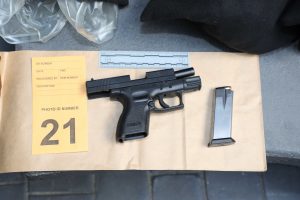 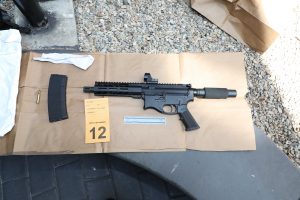 Anyone with information about this incident, additional incidents involving these suspects, or for more information is asked to call the Follow Home Robbery Task Force at Robbery-Homicide. Anyone with information or video regarding these incidents is urged to contact Detective Marsden and Detective Delph at (213) 486-6840. During non-business hours or on weekends, calls should be directed to 1-877-LAPD-24-7 (1-877-527-3247). Anyone wishing to remain anonymous should call Crime Stoppers at 1-800-222-TIPS (800-222-8477) or send an email to RHDtipline@lapd.online.