Los Angeles: Detectives from the Los Angeles Police Department’s Operations Valley Bureau Homicide (OVBH) announce the arrest of a suspect that was wanted in connection with a homicide and attempted murders that occurred on August 3, 2022 near Panorama City, CA.

On August 3, 2022, at 2:30 p.m., Mission Area Patrol Officers responded to a call for service for a Traffic Collision on Parthenia Street and Tobias Avenue. Within minutes, the call was upgraded to an, “Ambulance Shooting, Victims down.” Investigating officers that responded observed one victim with multiple gunshot wounds, unconscious and not breathing, laying on the west sidewalk of Tobias Avenue. Los Angeles Fire Department Paramedics responded and pronounced that victim deceased. There were also four additional victims that were suffering from gunshot wounds at the scene of the incident.

Three of the additional four victims were transported to local hospitals. They are all expected to survive at this time. One other victim was treated at the scene.

OVBH responded to the location and assumed responsibility of the investigation. Detectives determined three vehicles had been involved in a traffic collision. The drivers exited their vehicles and exchanged information. The victim that was murdered had arrived on foot and was assisting them when the suspect approached the group on foot and began shooting, striking the five individuals and fatally wounding one of them. The suspect fled the scene on foot, entered a blue BMW, and fled the location.

Detectives learned after the shooting, Hernandez fled to Texas. With the assistance of the Federal Bureau of Investigation – Houston Violent Crime Task Force and Houston Police Department – North Crime Suppression Team, they discovered Luis Enriquez Hernandez was staying in a residence in Spring Texas, outside of Houston. 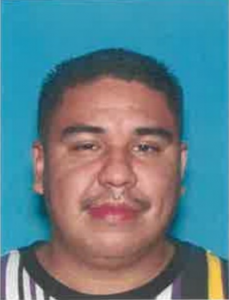