The Los Angeles Police Department’s Juvenile Division detectives interviewed additional victims throughout the day, and a probable cause arrest warrant was sought and issued for Turner’s arrest on newfound allegations.

The cases will be presented to the Los Angeles County District Attorney’s office for filing consideration.

On September 20, 2022, the Los Angeles Police Department received a call of a sexual assault at Birmingham High School in West Valley Area. The victim, a minor, reported that they had been inappropriately touched by the suspect, Richard Turner, an Athletic/Physical Trainer at the school.

Further investigation identified a second victim, also a minor, from a 2017 case while Turner was employed at Van Nuys High School. That victim also alleged that Turner had inappropriately touched them.

Turner was arrested on September 21, 2022, for 289(A)(1) PC, Forcible Penetration with a Foreign Object. This case will be presented to the Los Angeles County District Attorney’s office for filing consideration. 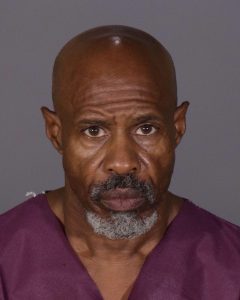 Detectives are asking anyone who may be a victim or has additional information regarding Richard Turner to contact Juvenile Division detectives at (818) 374-5415. During non-business hours or on weekends, calls should be directed to 1-877-LAPD-24-7 (877-527-3247). Anyone wishing to remain anonymous should call the LA Regional Crime Stoppers at 1-800-222-TIPS (800-222-8477) or go directly to www.lacrimestoppers.org. Tipsters may also visit www.lapdonline.org and click on “Anonymous Web Tips” under the “Get Involved-Crime Stoppers” menu. Tipsters may also download the “P3 Tips” mobile application and select the LA Regional Crime Stoppers as their local program.