Hollywood Hills: Detectives from the Los Angeles Police Department- Operations West Bureau’s Special Assault Section are seeking the community’s help in identifying a suspect involved in a sexual assault in the Hollywood Hills.

On September 17, 2022, around 6 a.m., a male suspect attacked a female victim, who was walking near Bronson Avenue and Hollyridge Drive. As the suspect tried to remove the victim’s clothing, she fought him off. The suspect sprinted away into the neighborhood in an unknown direction.

The suspect is described as a male, White, with curly blond hair and blue eyes. He stands 6 feet tall and weighs about 170 pounds. A nearby surveillance camera captured several images of the suspect, who appeared to be masquerading as a jogger prior to the assault. 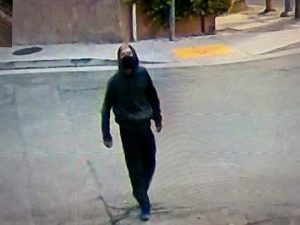 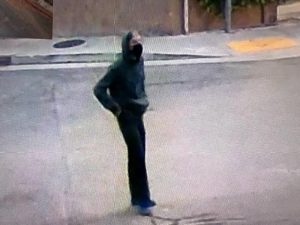 Detectives are requesting that anyone with information that could lead to the identification of additional victims or witnesses to contact LAPD’s Operations-West Bureau, Special Assault Section, at 213-473-0447. During non-business hours or on weekends, calls should be directed to 1-877-LAPD-24-7 (1-877-527-3247). Anyone wishing to remain anonymous should call the L.A. Regional Crime Stoppers at 1-800-222-TIPS (800-222-8477) or go directly to www.lacrimestoppers.org. Tipsters may also visit www.lapdonline.org, and click on “Anonymous Web Tips” under the “Get Involved-Crime Stoppers” menu to submit an online tip. Lastly, tipsters may also download the “P3 Tips” mobile application and select the L.A. Regional Crime Stoppers as their local program.