Los Angeles: Detectives from the Los Angeles Police Department’s Southwest Division have arrested a burglary/robbery suspect and are seeking to identify any additional victims.

On Tuesday, May 10, 2022 around 12:30 p.m., the suspect was observed inside a residential home to assist homeless veterans located in the 2600 block of South Hoover Street. The Suspect was observed removing property by one of the victims. When the victim attempted to follow the suspect, he armed himself with a rock and threatened to throw it at the victim. The victim, fearing for his safety, ducked behind a tree and stopped following the suspect. The suspect then fled the location on foot with the victim’s property.

During the investigation, detectives learned that on April 20, 2022, Avilez started his burglary spree at the above location which continued up until the robbery that took place on May 10, 2022. The suspect committed a total of (5) crimes at this location ranging from robbery, burglary, vandalism and trespassing.

Additionally, the suspect was booked on a warrant for Arson, which Los Angeles City Fire/Arson Section in investigating.

Detectives believe Avilez is responsible for additional burglaries/robberies that have gone unreported. In an attempt to identify additional unidentified victims, detectives are releasing the suspect’s photo. 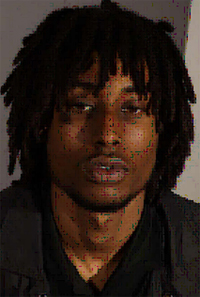 Victims or anyone with additional information can contact Southwest detectives assigned to this investigation at (213) 485-6795. During non-business hours or on weekends, calls should be directed to 1-877-LAPD-24-7 (1-877-527-3247). Anyone wishing to remain anonymous should call the L.A. Regional Crime Stoppers at 1-800-222-TIPS (800-222-8477) or go directly to www.lacrimestoppers.org. Tipsters may also visit www.lapdonline.org, and click on “Anonymous Web Tips” under the “Get Involved-Crime Stoppers” menu to submit an online tip. Lastly, tipsters may also download the “P3 Tips” mobile application and select the L.A. Regional Crime Stoppers as their local program.