On May 6, 2022, LAPD ICAC Task Force investigators served a search warrant at several locations in Torrance, including Dahl’s residence, where evidence was seized. Dahl was employed as a police officer at the time of his arrest. He was arrested at the Torrance Police Department for violation of 311.11(a), Possession of Child Sexual Abuse Material. 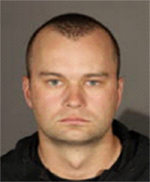 The ICAC Task Force is comprised of over 100 federal and local affiliate agencies that detect and investigate child predators that use the Internet to contact children or deal in child sexual abuse material. The public is reminded that any suspected inappropriate contact with a minor, or knowledge of child sexual abuse material on the internet, should be immediately reported to their local law enforcement agency or to the National Center for Missing and Exploited Children at (800) 843-5678, or missing kids.com. The National Center for Missing and Exploited Children will forward the information to the appropriate law enforcement agency nationwide.

If you believe you were a victim, or have any information, please contact Detective Marvin Mancia at (562) 624-4027. During non-business hours or on weekends, calls should be directed to 1-877-LAPD-24-7 (877-527-3247). Anyone wishing to remain anonymous should call the LA Regional Crime Stoppers at 1-800-222-TIPS (800-222-8477) or go directly to www.lacrimestoppers.org. Tipsters may also visit www.lapdonline.org and click on “Anonymous Web Tips” under the “Get Involved-Crime Stoppers” menu. Tipsters may also download the “P3 Tips” mobile application and select the LA Regional Crime Stoppers as their local program.