On April 3, 2022, a suspect entered an apartment while victims were sleeping inside. The suspect stole property and used the victim’s credit cards at several stores across Los Angeles. A doorbell camera captured images of the suspect leaving the area.

On April 27, 2022, the same person returned to the building and was recorded attempting to enter an apartment. He was recognized and confronted by the victim of the prior incident and left without committing a burglary. Further investigation revealed he had burglarized an apartment in the complex on April 25, 2022.

The suspect is described as an 18 to 30 years old male Black. Detectives believe this unidentified individual frequents the area of 54th Street and Crenshaw Boulevard, and Slauson and Western Avenue in the City of Los Angeles.

Tipsters may also visit www.lapdonline.org and click on “Anonymous Web Tips” under the “Get Involved-Crime Stoppers” menu to submit an online tip. Lastly, tipsters may also download the “P3 Tips” mobile application and select the L.A. Regional Crime Stoppers as their local program. 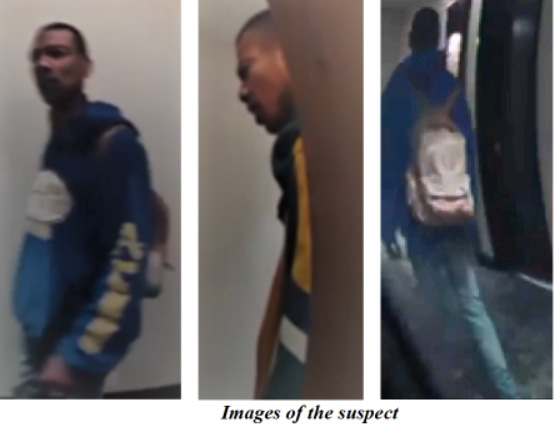