Lincoln Heights: The Los Angeles Police Department’s Central Bureau Homicide detectives are asking for the public’s help in providing any information that would lead to the arrest of the suspect involved in the murder of two teenagers.

On September 11, 2022, around 9:00 p.m., Hollenbeck Area patrol officers responded to a radio call of an Assault with a Deadly Weapon shooting on the 2700 block of North Broadway, at the scene of a street carnival.

The officers arrived and located Victim-2, Javier Mejia, a 17-year-old male Hispanic lying on the sidewalk within the carnival area. Victim-1, Winfield Lee, a 17-year-old male Asian was located around the corner on Workman Street north of Broadway. Both victims appeared to have suffered from multiple gunshot wounds. 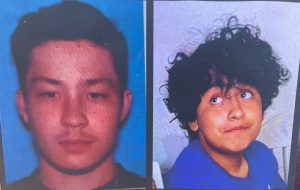 The Los Angeles Fire Department paramedics responded to the scene and attempted lifesaving medical intervention. However, the victims did not respond and were pronounced deceased at scene.

Anyone with additional information is urged to call Central Bureau Homicide Detective Riojas at (213) 996-4149 or Detective Manriquez at (213)996-4180. During non-business hours or on
weekends, calls should be directed to 1-877-LAPD-24-7 (877-527-3247). Anyone wishing to remain anonymous should call the LA Regional Crime Stoppers at 1-800-222-TIPS (800-222-
8477) or go directly to www.lacrimestoppers.org. Tipsters may also visit www.lapdonline.org and click on “Anonymous Web Tips” under the “Get Involved-Crime Stoppers” menu to submit an online tip. Lastly, tipsters may also download the “P3 Tips” mobile application and select the LA Regional Crime Stoppers as their local program.