With the community’s help, detectives were directed to Los Angeles resident, who published photos of “Little Man” on a social media platform asking if anybody was missing a dog. Martin positively identified the dog as her “Little Man.” Detectives have reached out to the citizen who turned over the dog on March 11, 2022.

Detectives are asking the driver of the Wrangler to come forward and speak with detectives.

Sandra Martin has been discharged from the hospital and is now at home recovering.  She is still asking for the public’s assistance in locating her long brown hair mixed Chihuahua-Terrier, “Little Man.”  Martin is making herself available to news media. 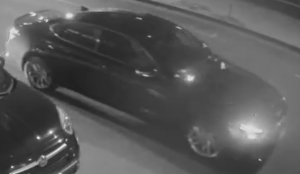 Los Angeles: Detectives from the Los Angeles Police Department’s Central Traffic Division are asking for the public’s help in identifying the suspect or suspects responsible for a hit-and-run traffic collision that injured a woman.

On February 28, 2022, at 2:55 a.m., 61-year old Sandra Martin, was crossing the 100 block of East 4th Street.  A 4-door passenger vehicle, that was travelling in reverse, struck her.  Martin was knocked to the grown and the driver stopped.  Per Martin, the driver stepped out, pulled her out from under the vehicle, and began to walk back to his vehicle.

Prior to getting back into his vehicle, the driver was asked by Martin if he was leaving, and his response was, “I’m sure am.”  The driver fled the scene without rendering aid and identifying himself.  The driver is described as a male Black, thin build approximately 170 to 190 lbs., and 25 to 30 years old.  There is no further description on the vehicle.

The Los Angeles Fire Department responded and transported Martin to a local hospital where she was admitted for severe injuries that require surgery.  Martin is asking for the public’s help in locating her brown long hair pet Chihuahua-Terrier named “Little Man.”  She was carrying the dog when the crash occurred.

Drivers are reminded that if they become involved in a collision, they should pull over and stop as soon as it is safe to do so, notify emergency services, and remain at the scene to identify themselves.

Anyone with information on the hit-and-run vehicle and driver or the whereabouts of the dog “Little Man” is asked to please contact Detective Juan Campos, Central Traffic Detectives, at (213) 833-3713 or e-mail him at 31480@lapd.online.  During non-business hours or on weekends, calls should be directed to 1-877-LAPD-24-7 (1-877-527-3247).  Anyone wishing to remain anonymous should call the LA Regional Crime Stoppers at 1-800-222-TIPS (1-800-2228477) or go directly to www.lacrimestoppers.org.  Tipsters may also visit www.lapdonline.org, and click on “Anonymous Web Tips” under the Get Involved-Crime Stoppers” menu to submit an online tip. 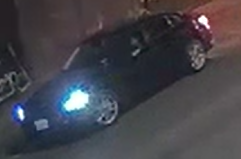